The Trump Administration, after making a mess of security clearances for federal workers and contractors, is about to hand off to the Pentagon the biggest change in the clearance system in a half-century.

Concern about the security clearance system is not new, but the Government Accountability Office documents serious deterioration since Trump took office. The GAO is the investigative arm of Congress.

That’s not surprising given Donald Trump’s continual attacks on our national intelligence agencies as he praises the integrity of Vladimir Putin.

In May 2017 in the Oval Office, Trump gave sensitive sources and methods secrets to the Russian foreign minister and the Russian ambassador. Only a Russian government photographer was allowed to join the meeting, which the American people learned about from Russian state media. More on this here, here and here.

Asserting his view that the president is an all-powerful dictator who may do as he chooses, Trump insists he enjoys an “absolute right” to give away any American secrets to hostile foreign powers. In a series of tweets on May 16, 2017, outlining this view he also attacked the American intelligence community. 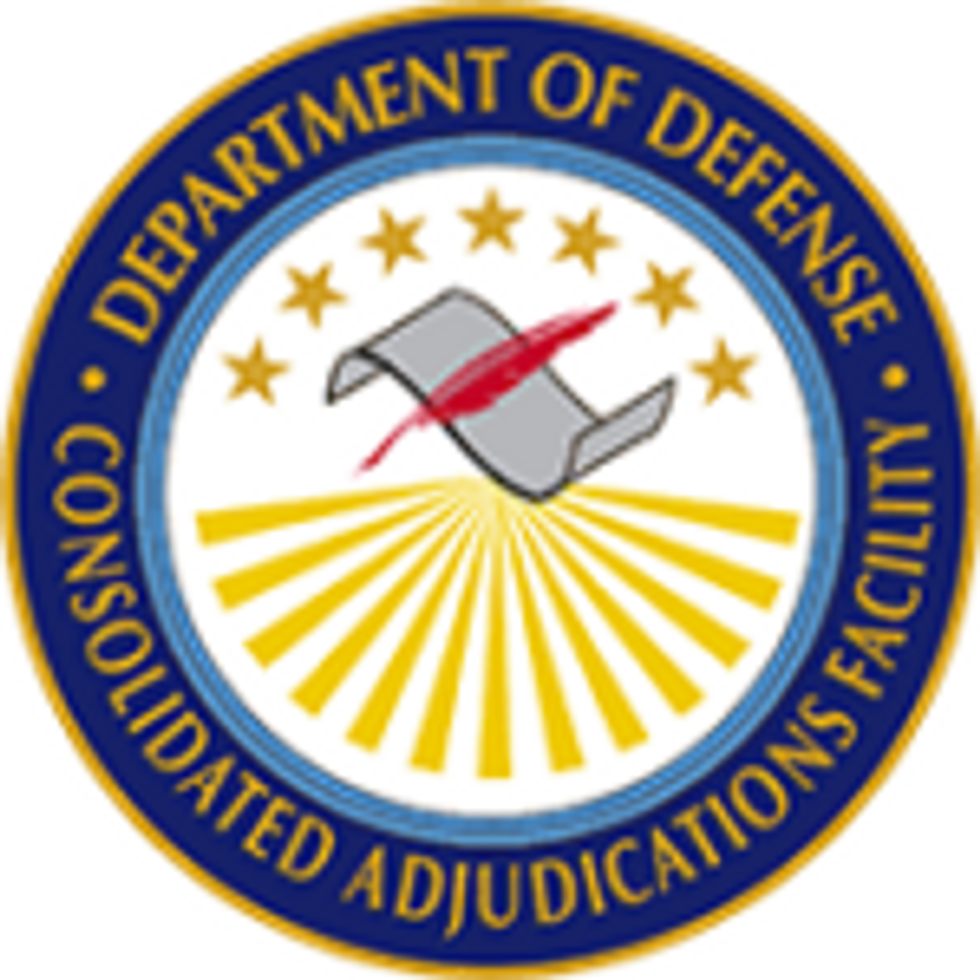 Trump, we should never forget, ignored the strong advice of seasoned national security officials who objected to granting clearances to his son-in-law, Jared Kushner, and his daughter Ivanka. Numerous revisions to their SF-86 security clearance forms were made when a single change is often enough to prompt rejection. Trump personally ordered that the family members get clearances, although he also insisted he had never “interfered” in the process.

Under the new law, security background checks will move to the Defense Department from the National Background Investigations Bureau, which is part of the Office of Personnel Management, our government’s HR department. Presumably, Trump, who has minimal management skills, will be less likely to interfere with the Pentagon than with the civilian Office of Personnel Management.

The law was sponsored by Senator Mark Warner (D-Va.), vice-chair of the Senate Intelligence Committee.

The changes are in Section 901 of the National Defense Authorization Act for Fiscal Year 2018. It requires the Secretary of Defense to take charge of security clearance investigations by October 1, 2020, the first day of the 2021 budget year. All personnel background and security investigations will be handled by the Defense Department’s Consolidated Adjudication Facility.

The conference committee report on the bill said that the “current situation of massive clearance delays has serious adverse effects on national security and must be addressed in order to avoid any further damage” to military readiness.

The Defense Department had been on the GAO High-Risk List but was taken off that list in 2011, during the Obama administration.

In its 2019 report, GAO said that the security clearance system “it faces significant challenges related to (1) the timely processing of clearances, (2) measuring investigation quality, and (3) ensuring IT security, among other things, the GAO reported. “The executive branch has been unable to process personnel security clearances within established timeliness objectives, contributing to a backlog that the NBIB reported to be approximately 565,000 cases as of February 2019.”

The GAO warned about likely problems with the Defense Department taking over the security clearance process.  Among the problems, antiquated computer systems “may delay planned milestones for the new system.” Known weaknesses in the Office of Personnel Management computer systems were not properly monitored, the GAO found. But since Trump has been pumping more money into the Pentagon, hopefully some will go for modern computers and software to track security clearances and keep them updated.

To improve the security clearance system the GAO said there is a need to develop a long-term plan, to coordinate between agencies and to obtain more funding. All three recommendations run against the helter-skelter nature of the Trump administration, whose leader operates from emotionally charged seat-of-the-pants ignorance, denigrates all our national security agencies while expressing trust in the Kremlin and spends on hardware, not systematic improvements, and like spending on war material. Trump barely knows how to use a computer. The Pentagon is awash in computers with sophisticated software.

The system for granting and renewing security clearances was troubled long before Trump took office. But any thought that the Trump Administration has the best people to fix this problem, or the right attitude, is at war with the known facts. Let's hope the Pentagon does better, and operates free from the ineptitude of this White House.

"Barbara, I set this up with sort of a nod to your history as an incredibly competent and tough investigator," Wallace said. "And I want to come back to you on the same question. What is it you want to know about these men individually and in terms of what ties them together in the planning of and the conduct during the insurrection?"

"Well, I think we need to get every, you know, email, every text, every document that's out there because I don't particularly expect them to be very forthcoming," Comstock replied.

Comstock explained why the former president's eldest son needs to be subpoenaed.

"I think people like Trump, Jr. definitely needs to be subpoenaed. Remember, he was in that tent right before Donald Trump went out to speak," she explained.

"He's there with Mark Meadows saying, 'Hey, you know how to fight, you're fighting.' He obviously knows a lot of what went on in that lead up as do other members of the family and certainly members of the family who knew exactly what was going on on January 6th and from the entire time from election night until then," Comstock said.

It's hard to say what exactly Klepper was able to learn from the segment — except for the fact that not many of his interviewees knew what they were talking about.

One attendee, in an "I Don't Co-Parent With The Government" T-shirt, the slogan du jour of the protest, said that she was against "all mandates."

Another said that her son had developed acne from wearing his mask "But has he had COVID?" Klepper asks — the answer, of course, was no.

The segment features footage of parents holding signs with anti-mask slogans, children draped in "Don't Tread on Me" flags, and others waving American flags. One self-identified parent even says that he'd been to the ICU three times this past year, floating wild conspiracies about hospitals faking COVID cases for… well, it's not entirely clear."I've walked through the hospitals, I've videoed inside hospitals, and guess what? They aren't full of COVID patients."

Klepper also stumps another attendee, who said that it was dangerous to use masks because it causes people to "breathe in toxins," by asking how surgeons manage hours-long procedures while wearing even more extensive protective equipment.

A particularly wild exchange featured one woman who claimed that in her "research," she found that Satanists stand six feet apart and wear masks during rituals. "Is it coincidence?" she says shrugging, "I don't know."

The Church of Satan responded to the video on Twitter, saying "As Satanists, we can assure you the lady at the end has no idea what she's talking about."

The protest comes as more than 16,000 North Carolinians have died since the start of the pandemic. As of Friday, there were over 1.3 million cases reported in the state.

In April, Republicans in Arizona began their controversial audit of the vote in Maricopa County. However, the Cyber Ninjas ended up confirming Trump lost — in fact, they concluded he was an even bigger loser than had been announced in November.

But Trump still refuses to accept the fact he lost. And Nick Martin, who tracks extremism online, worries it will never go away.

"If the sketchy Arizona election 'audit' is anything like QAnon — and it definitely is — then we should all know by now that its believers will find hopium no matter what the 'results' say. The Great Decertification will always be two weeks away," he explained.

Sure enough, a former Trump staffer is already raising money for an unofficial audit of Arizona.

The effort is being organized by Matt Braynard, the organizer of the controversial September 18 "Justice for J6" rally supporting those who were arrested for their alleged actions on January 6th.

Braynard hopes to release his report by Halloween.

"So there's going to be a super-fake audit after the fake-audit failed to be fake enough. Got it," Prof. Hasen wrote.

‘Rudy is really hurt’: Giuliani found out he’s been banned from Fox News