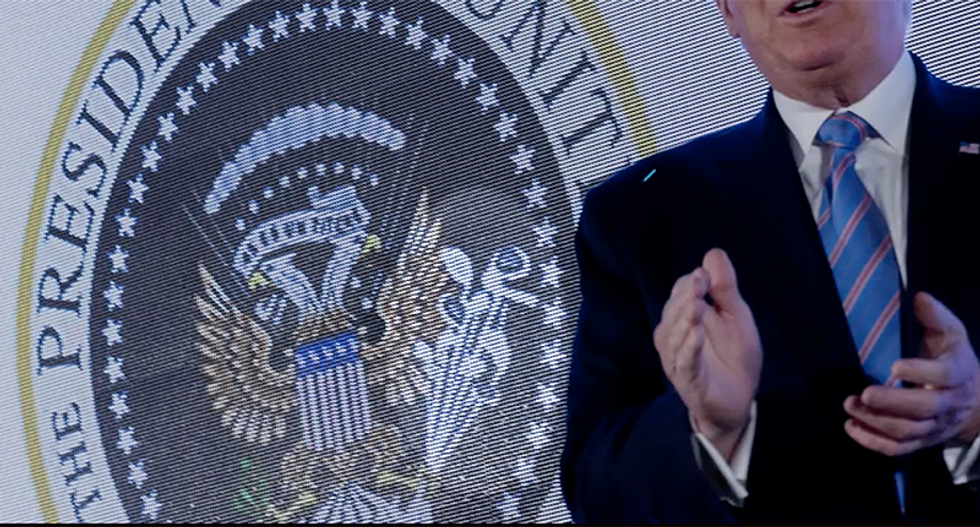 On Tuesday, July 23 — the day before former special counsel Robert Mueller publicly testified before Congress — President Donald Trump was the victim of an apparent practical joke that referenced Russia as well as his interest in golf.

At a student summit hosted by the right-wing group Turning Point USA, Trump spoke in front of a presidential seal — which, on the surface, appeared normal. But upon examination, it became apparent that the seal had been altered in two ways: the eagle had two heads (not unlike Russia’s national symbol), and the bird is holding golf clubs rather than its usual arrows.

Who altered that presidential seal and played a practical joke on the president remains a mystery.

The timing of the joke was interesting: the following day, Mueller and members of the House of Representatives spoke extensively about Russia government interference in the 2016 presidential election and the Trump campaign’s interactions with Russians that year.