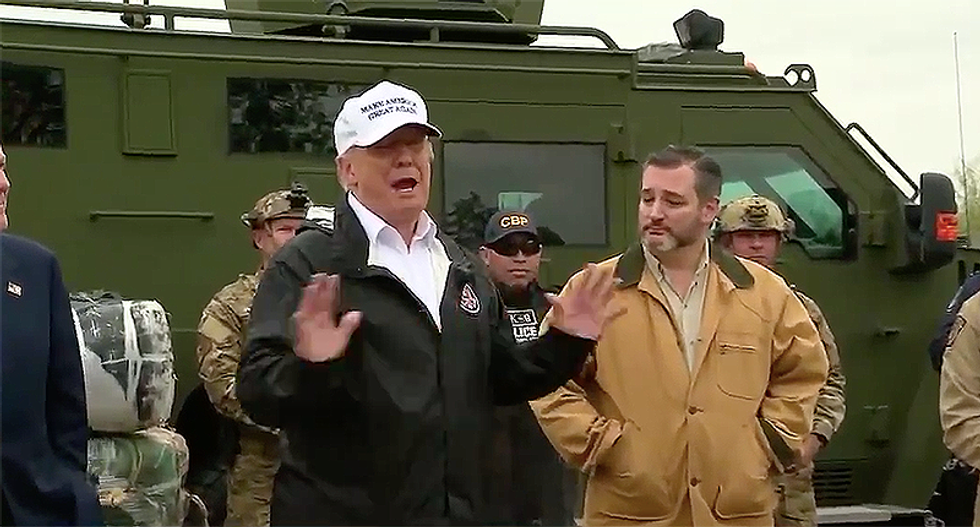 The conservative Washington Examiner trolled President Donald Trump for his failure to construct any new border barricade during his 30 months in office.

On Monday, Trump lashed out at the media on Twitter for not giving him positive coverage for his wall, which he erroneously claimed would be paid for by Mexico.

The Examiner replied to Trump on Twitter, posting an article headlined, "Trump has not built a single mile of new border fence after 30 months in office."

"The Trump administration has not installed a single mile of new wall in a previously fenceless part of the U.S.-Mexico border in the 30 months since President Trump assumed office, despite his campaign promise to construct a 'big beautiful wall,'" the story reported.

Trump is running for re-election on the campaign slogan, "Promises Made, Promises Kept."