Do politicians actually care about your opinions? This researcher says no 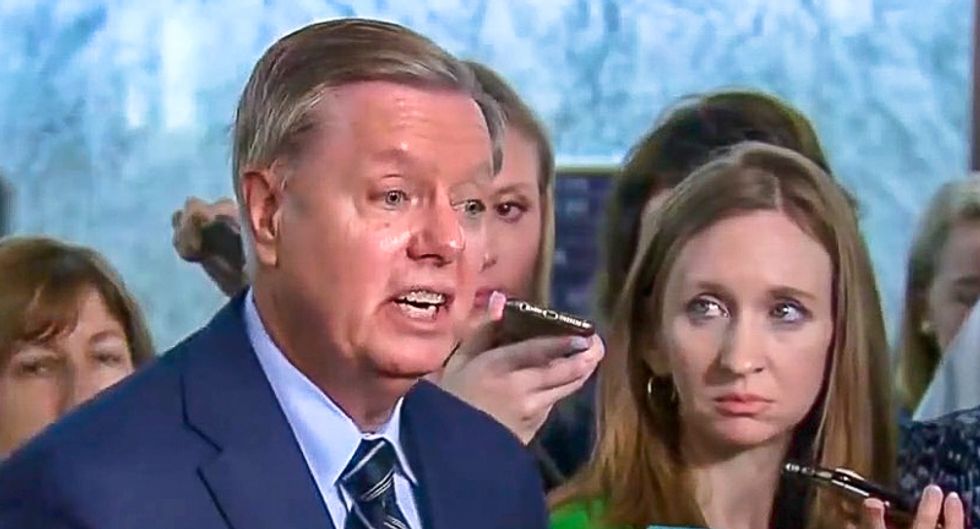 Earlier this month, a New York Times op-ed written by two political science professors, Ethan Porter of George Washington University and Joshua Kalla of Yale, discussed their troubling research findings: State legislators, the two claim, don't much care about the opinions of their constituents, even if they're given detailed data regarding their views.

As Porter and Kalla explained, over a period of two years they had "provided state legislators in the United States with access to highly detailed public opinion survey data — more detailed than almost all available opinion polls — about their constituents’ attitudes on gun control, infrastructure spending, abortion and many other policy issues."

I recently spoke with Ethan Porter to learn more about the study and its larger implications for American democracy.

In terms of the political scene in America today, what are the larger implications of your study's conclusions? What does it say about how Democratic and Republican politicians formulate their policy positions?

I want to be clear about what the study says and does not say, right? What it says is that, when we randomly provided some state legislators across the country information about their constituents' policy preferences, we found those legislators largely unwilling to access that information, and among those who did access the information, we found them unaffected by it, in the sense that that information did not make them have more accurate perceptions of their constituents' preferences.

That's what the article says. That in itself is an interesting contribution to our understanding of how state legislators behave and the importance they accord their constituents' preferences. But we're not talking about Congress members —that's really important. We don't have evidence on that one way or another.

That does. Why did you focus on state legislators instead of federal legislators?

Great question. There are two answers to this. The first is that there are simply more state legislators than Congress members. That's really important to begin with, so from a research perspective, we wanted to reach as many legislators as possible, which is what we did. And relatedly, we also believe that state legislators would be more responsive to information that came from us, as we conveyed summary data or data originating with the National Science Foundation.

The second part of that is to say that any research project, any sort of empirical political science paper, is just one contribution. So questions relating to whether or not Congress members are responsive to the same kind of information would be best answered in another paper. You don't want to bite off more than you can chew, I guess.

In terms of how policies will directly affect the ordinary citizen's life, what is the difference between the impact that a state legislator will have on a constituent versus a federal legislator?

Do you think perhaps part of the reason state legislators don't feel as beholden to their constituents' views is because their jobs are so much lower profile?

That may be part of it, yes, absolutely. In the academic article we offer several speculative reasons for our results. Again, this is only speculation. We don't have this nailed down. Parenthetically, what we do think we have nailed down relates to the disinterest and the lack of accuracy improvements that we observed among the legislators.

So why do we observe what we observe? One explanation is that U.S. politics are increasingly nationalized. There's a great book on this topic by Dan Hopkins, a political scientist at Penn, who makes the case that until somewhat recently local politics were still the domain of local issues. Which is to say that people voted at the local levels, cast ballots, and policymakers made decisions at the local level with reference to the issues that divided and united them locally.

Whereas today, in our heavily polarized era, where people's partisanship is so deeply entrenched, it may be the case that policymakers are increasingly turning their attention to national debates. So why does this matter here? Because it would suggest that some legislators at the state level think, "I don't necessarily don't need to know my constituents' preferences. I know the preferences aligned with my party." Right?

So in this legislator's mind, he or she might be thinking something like, "It matters little what my constituents think. It matters more what my national party thinks."

Could you make an argument that because the parties have become so sharply polarized that state legislators could assume that if I won this election as a Republican or as a Democrat, and the average voter knows generally what Republicans and Democrats stand for, then ipso facto, I'm representing their views?

Well, I do think that's a fair interpretation of what possibly could be running through legislators' minds. The problem with that argument, of course, is in fact everyday citizen's views are far more complicated and unpredictable than blind adherence to the national party platform might suggest. It turns out that people's views don't line up perfectly with what you might think their views do if you only pay attention to what Democrats and Republicans say in Washington.