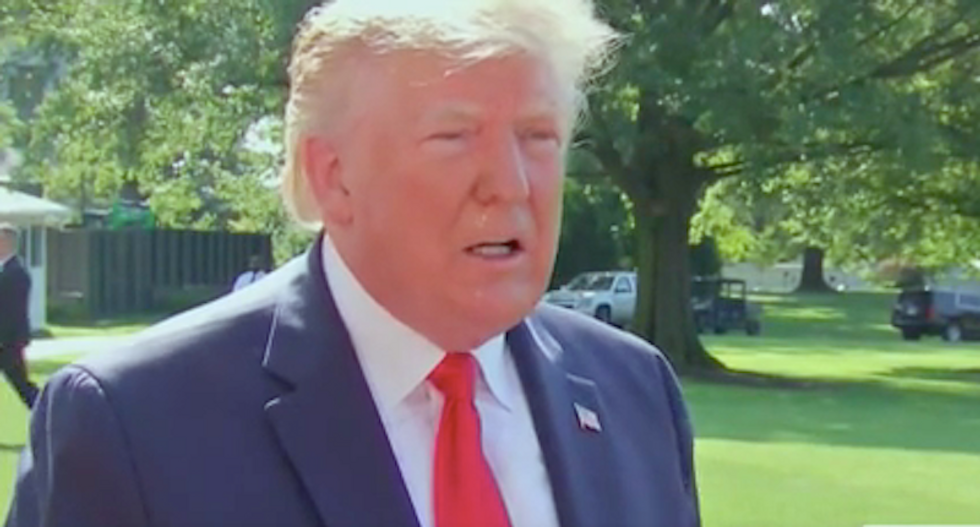 President Donald Trump spoke to the press outside the White House Wednesday on his way to North Carolina telling those complaining about him to "leave."

It's an ironic statement from Trump because his father was able to get a doctor to diagnose him with bone spurs that prevented him from being able to go to war in Vietnam. Former Nebraska Senator Bob Kerrey accused Trump of lying and dodging the draft with a fake diagnosis.

“He said, ‘I wasn’t eligible to go to Vietnam because I had bone spurs.’ You don’t grow out of bone spurs. I call on the president, get your feet x-rayed. Let’s see those x-rays. I want to see," Kerrey said in an interview in March.

Trump went on to say that the four Congresswomen of color who he told to go back to their countries, are advocating views that the country doesn't agree with.

"I think that they've said horrible things that the press doesn't cover," he claimed.