‘Everything that’s wrong with Washington started with him’: Mitch McConnell gets powerful Democratic challenger 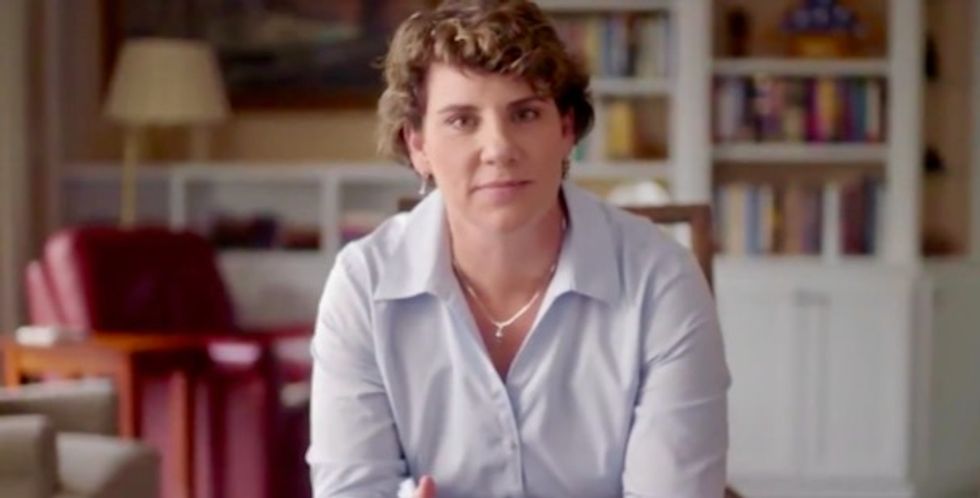 She's a former Marine Lieutenant Colonel. She was a fighter pilot, and the first woman Marine to fly in an F/A-18 Hornet in front line combat. She served for 20 years, and flew 89 missions bombing terror groups like al Qaeda and the Taliban.

She has a Masters from Johns Hopkins. A BS in political science from the U.S. Naval Academy.

She's 44. A Democrat. The mother of three and married to a life-long Republican.

She says: "Everything that’s wrong with Washington had to start somewhere—it started with him."

Amy McGrath grew up in Kentucky and went to an all-girls Catholic school.

Unseating McConnell will be hard, but McConnell is not liked in Kentucky. His average approval rating is just 25%, and his unfavorable is 46.7%, according to Real Clear Politics.

McConnell's pesky business that sure smells like corruption isn't going to help him.

Amy McGrath announced her Senate run Tuesday morning with this powerful video and the launch of her campaign site.

Can a Democrat win in the deep red Bluegrass State?