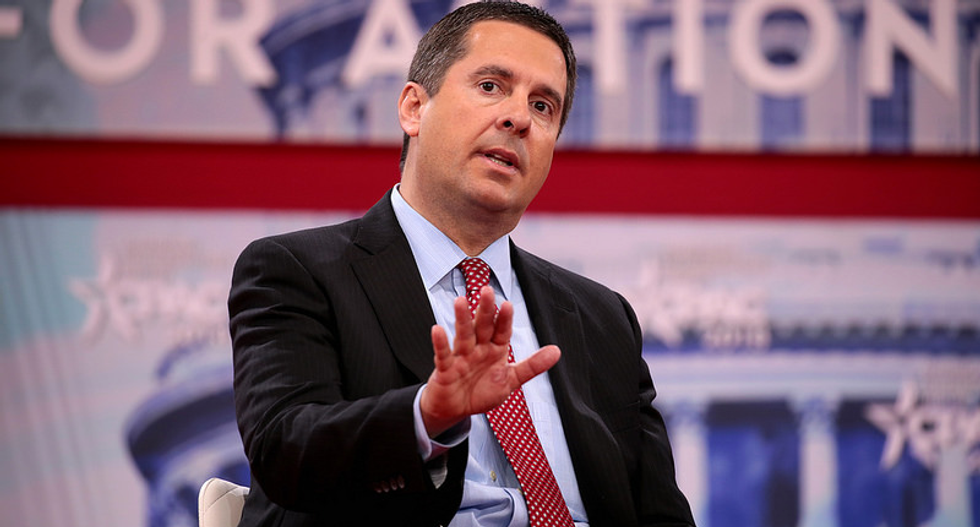 A former congressional staffer who helped Rep. Devin Nunes (R-CA) undermine the Russia investigation has been promoted on the National Security Council staff.

Kash Patel, a top Nunes staffer and former senior counsel for the House Intelligence Committee, was bumped up to serve as senior director of the Counterterrorism Directorate of the National Security Council, reported The Daily Beast.

Patel left Capitol Hill earlier this year to serve on the NSC’s Directorate of International Organizations and Alliances, and was then promoted to a leadership post on counterterrorism.

He played a key role in the controversial memo produced by Nunes in early 2018 on the surveillance of Trump campaign advisor Carter Page, which angered officials at the Justice Department and the FBI.

Fox News had hyped the memo on Sean Hannity's prime time program and others, and formed the basis of conspiracy theories intended to undercut the credibility of special counsel Robert Mueller and his investigation.

Patel and another Nunes staffer, Doug Presely, also went to London in summer 2017 to question the former British spy who wrote the Trump-Russia dossier, which the president and his allies have inaccurately claimed launched the FBI investigation of his presidential campaign.

A judge issued a rare “order of ineptitude” against Patel in 2016 that faulted his handling of the prosecution of Omar Faraj Saeed Al Hardan, who was accused of trying to support ISIS.

U.S. District Judge Lynn Hughes admonished Patel from the bench after he arrived in court, shortly after a flight, without proper attire.