Trump busted for doubling down on his racist rants before Mueller speaks: 'He's scared' 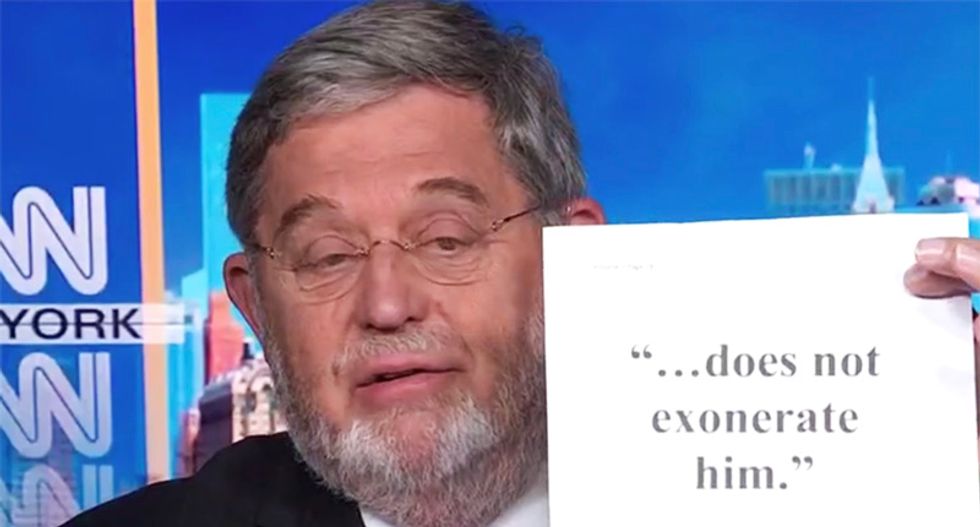 Appearing on CNN's "New Day," a former adviser to Bill Clinton said that he expects ex-special counsel Robert Mueller to make a some blunt statements about President Donald Trump in his upcoming appearance before a Congressional committee that will cause voters to turn on the president.

According to Guy Smith, who advised former President Bill Clinton during his impeachment ordeal, Mueller's own words will carry tremendous weight with voters who have no idea what is in his report on the president.

"Well, what we're going to see is people who have never read the report, which is most everybody, and they have only heard President Trump and the attorney general say he's been exonerated. It does not," he told host Christi Paul. "So, what's going to happen is that they're going to be hearing Robert Mueller in his own words say that the president obstructed justice. The American people have not read this thing."

Holding up a copy of the report, he said, "This is 440 pages and people, they listen to the media, Trump says he's been exonerated, there are four words in here that say this -- 'does not exonerate him.'"

"Now, what's going to happen, there isn't going to be a bombshell," he explained. "This is going to chip away at Trump's base. This is why he's so scared, why all this racist stuff started last week -- it's a distraction. He knows there's going to be a lot of bad stuff and the American people are going to start to say, 'Oh, my god, I had no idea it said this.'"

"That's why his campaign went so crazy about the polls, they know they're in trouble," he concluded.