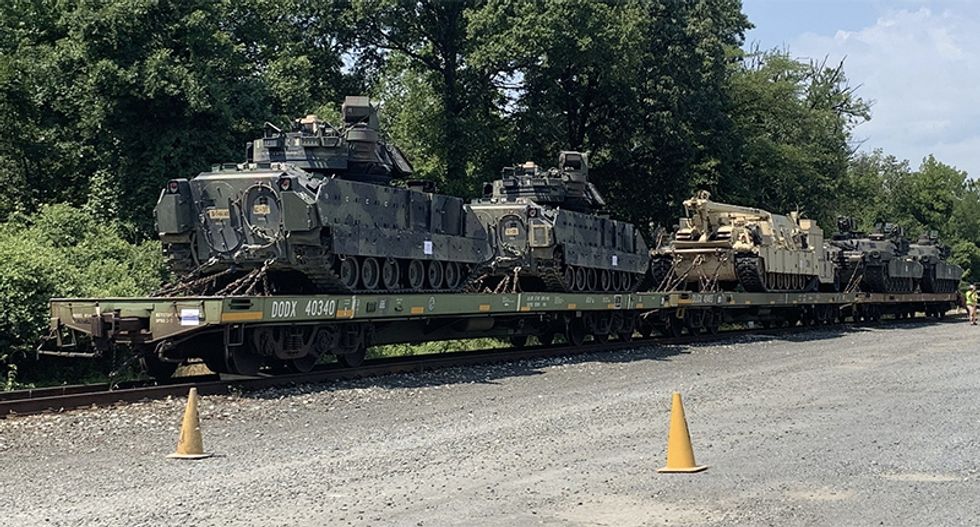 "This photo reminds me of parades I used to attend in the Soviet Union. Not the right look for the 4th," McFaul tweeted Tuesday. His comments were a response to the photos of U.S. tanks being brought into Washington, D.C. by train.

This photo reminds me of parades I used to attend in the Soviet Union. Not the right look for the 4th. https://t.co/hsf3mZLnBo
— Michael McFaul (@Michael McFaul) 1562085825.0

Trump announced the bizarre military focus a few months ago, but it wasn't until this week that Americans learned he would be rolling out tanks and other military hardware. Trump confirmed the tanks during an Oval Office Q&A Monday.

According to the New York Times, moving and guarding the tanks will require staff at a time many troops are home with their families for the Independence Day holiday.

One GQ correspondent, who lived in Russia, noted that she left the country for this.