Fox Business guest: It's a 'great blessing' most Americans will work until they die because retirement is boring 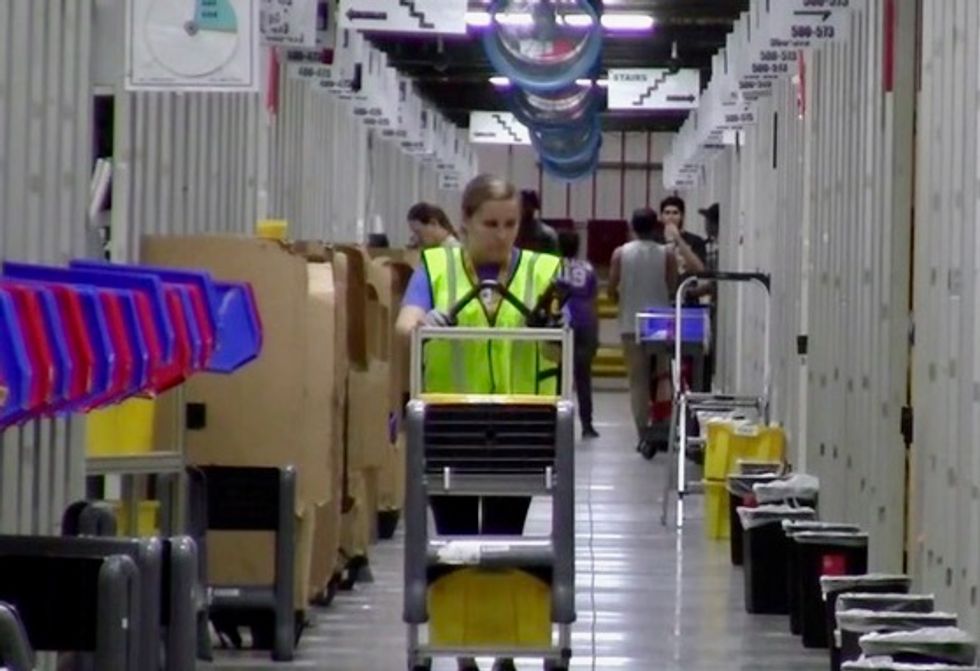 The rich made off with the money the GOP predicted would be shared with workers.

While U.S. employment is at record highs, other elements of the economy show trouble signs. For instance, many Americans no longer feel confident they will ever save enough money to retire, and some demographic trends make retirement more challenging than ever before.

But according to consulting executive Donald Luskin on Fox Business Monday, it is actually a good thing that more Americans are going straight from the office to the grave.

"What a great country where we have the opportunity to keep working," he added. "What a miracle where our lives are long enough and we're healthy enough and mentally alert enough so we don't have to retire like generations before us! This is a great blessing! You should embrace it."

Over the past few years, some Republicans have chilled on the idea that anyone has a right to retire — something that was hard-fought and hard-paid for by the Social Security system. Last year, Sen. Marco Rubio (R-FL) introduced legislation that would guarantee "paid" family leave by forcing workers to dip into their future Social Security benefits, effectively making them choose between raising their family and retiring on time.

Rep. Greg Gianforte (R-MT) offered an even more creative reason for opposing retirement in 2015: "There's nothing in the Bible that talks about retirement ... How old was Noah when he built the Ark? 600. He wasn't like, cashing Social Security checks. He wasn't hanging out; he was working. So, I think we have an obligation to work."