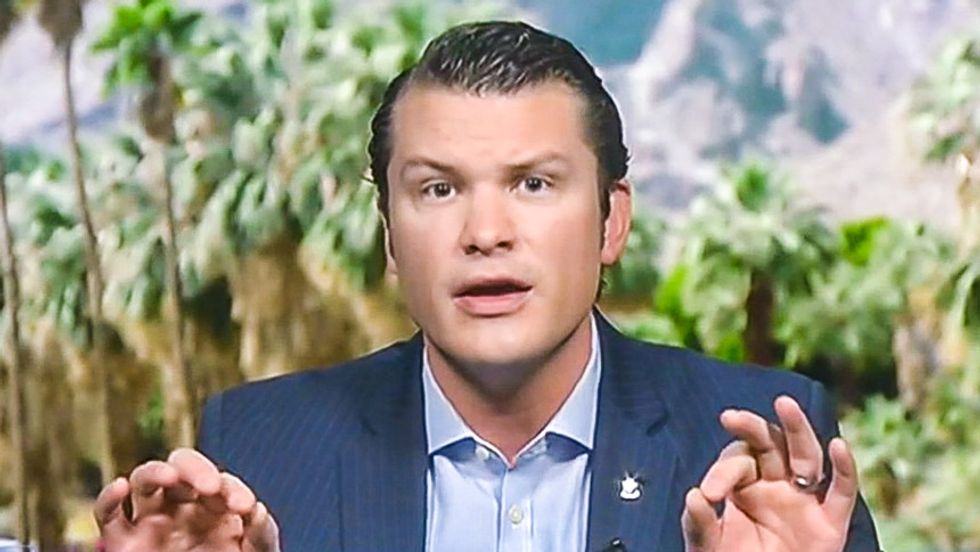 The president was not pleased, tweeting out, "@FoxNews is at it again. So different from what they used to be during the 2016 Primaries, & before - Proud Warriors! Now new Fox Polls, which have always been terrible to me (they had me losing BIG to Crooked Hillary), have me down to Sleepy Joe."

"You know, I want to mention a Fox poll because there’s a poll out that shows that both Joe Biden and Senator Sanders would beat President Trump pretty easily in a head-to-head matchup," said host Charles Payne.

"I don’t put a lot of stock into these at all but I think the underlying message might be, you might have hit on it, the only hope for the Democrats might be someone who is a moderate, although how moderate is Joe Biden if he keeps changing his opinions and even he is being pulled further and further left," Payne continued.

"He’s not. That is the reason he’s getting these votes right now in these polls," said Pete Hegseth, a Fox & Friends host.

"Way too early. National polls don’t tell us too many debates to come, too many flip-flops Biden might take or he holds the line and says this is who I am which is out of step with the current party," said Hegseth. "If you add up the numbers of all the leftists on those polls they far outnumber Joe Biden’s 33 percent spot right now. I’m not worried about the head-to-head. But the reason Joe Biden has the numbers he has is because the biggest source of energy for Democrats right now is who do they believe can beat Donald Trump," Hegseth said.

"It’s not what are they for, what do they stand for, it’s who can beat Trump all defined by that. Right now, more people think it’s Biden but we will see where that goes," concluded Hegseth.

"It’s interesting because the next debate is coming up and I have already said I think the big question for Joe Biden, when they all gang up on him and say should we decriminalize the current illegal entry into America, I think that’s going to be the next part of their platform," Payne said. "I don’t know how he’s going to react to that."