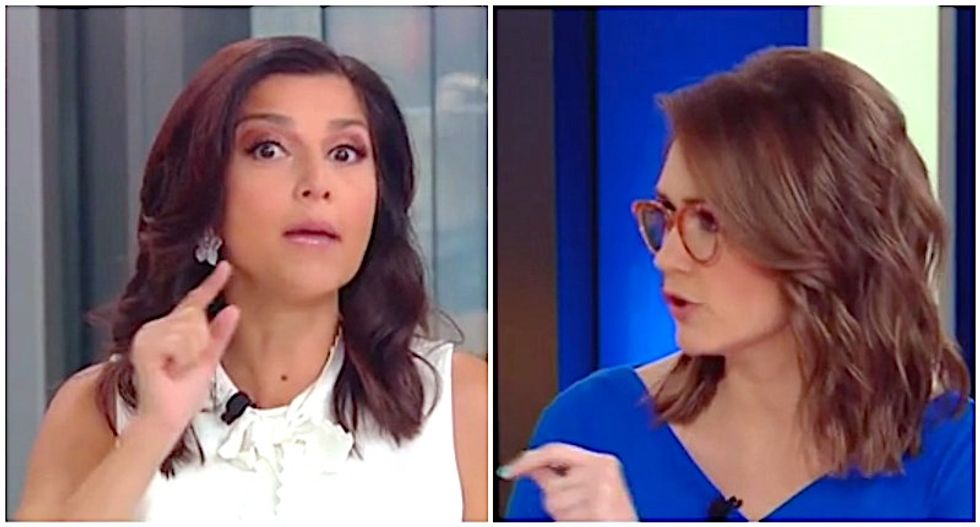 The former special counsel testified Wednesday before two House committees, and his voice sounded weaker than in years past and he frequently asked lawmakers to repeat their questions, which President Donald Trump's allies have claimed as evidence that he was suffering from a medical condition.

"It's silly to try and make us think what we saw, we didn't see," said Fox News host Rachel Campos-Duffy. "In Spanish, we have a saying that says ... you can't cover the sun with your thumb. We saw what we saw."

"I thought the lawyer was visiting angel, not a lawyer," she added. "He is in early stage dementia."

"That is so dangerous," Tarlov said, as Campos-Duffy protested. "Really? You're a doctor and you've seen him?"

Campos-Duffy offered no further proof of her claim, and blamed her behavior on Democrats.

"The Democrats had no problem doing this to Donald Trump, by the way," Campos-Duffy said.

Tarlov insisted that wasn't true, and pointed to various baseless claims about Hillary Clinton promoted by Trump and social media accounts later revealed to be linked to Russian intelligence.

"How's Hillary's Parkinson's?" Tarlov said. "Why did she fall on 9/11? Don't do it, do not talk about people's health you have no idea about."

Campos-Duffy continued to argue she was justified in making unsubstantiated claims about public figures.

Campos-Duffy insisted Fusion GPS, which was hired to dig up dirt on Trump by his GOP rivals and then by the Clinton campaign, was the most important detail in the Russia investigation, and Kirk agreed.

"How can you not even know what Fusion GPS is and be a citizen of this country?" Kirk said.