Fox News pundit: Plenty of Trump supporters would be thrilled to see me sexually assaulted 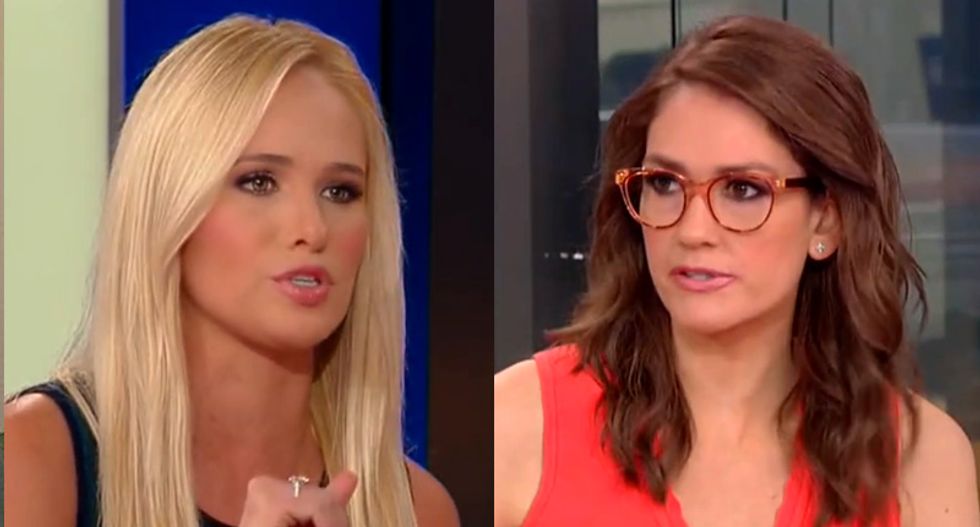 Jessica Tarlov, a liberal commentator on Fox News, clashed with conservative Tomi Lahren on Tuesday, saying she was wrong to characterize harassment as something that only people on the left are guilty of. During the tense discussion, Tarlov revealed that she often receives hateful and threatening messages from conservatives.

"Violence obviously goes too far here," she said on Fox News' "Outnumbered" about the assault of journalist Andy Ngo. "None of this is alright on any level..."

"But at the same time, I think the right does use this as an excuse to not address the fact that the FBI reported all the domestic terror attacks in the last of couple years were committed by right-wing extremists. That is dangerous to me, that we now are talking about Andy Ngo and we're not talking about what happens in America constantly," Tarlov added.

"I think what’s dangerous is — and I heard earlier today — that this violence and Antifa is a reaction to Trump or what's happening on the right. I've heard people say that. I don’t think that’s fair," said co-host Melissa Francis.

"If you look at my own Twitter notifications," added Fox Nation's Tomi Lahren, "something that horrific didn't happen to me, but when I had water thrown on me, people would say -- even to this day, 'You have to understand, you say inflammatory things.'"

"And we had the owner of the Red Hen telling Sarah Sanders that she would do it all over again, and perhaps Trump supporter should be eating at home. So yes, this is an extreme case, but the language coming from the left and elected leaders -- like Maxine Waters, who by the way, put out the decree, 'If you see a Trump supporter, run them out of gas stations,'" Lahren added.

"You are a far bigger deal in terms of media than I am, but I would implore you have a look at my Twitter feed and see what people say to me as a liberal who works at a conservative network," Tarlov shot back. "I’m just saying, this is not a left vs right issue. There are plenty of right wingers and Trump supporters that would be thrilled to see me dragged by a truck or sexually assaulted."