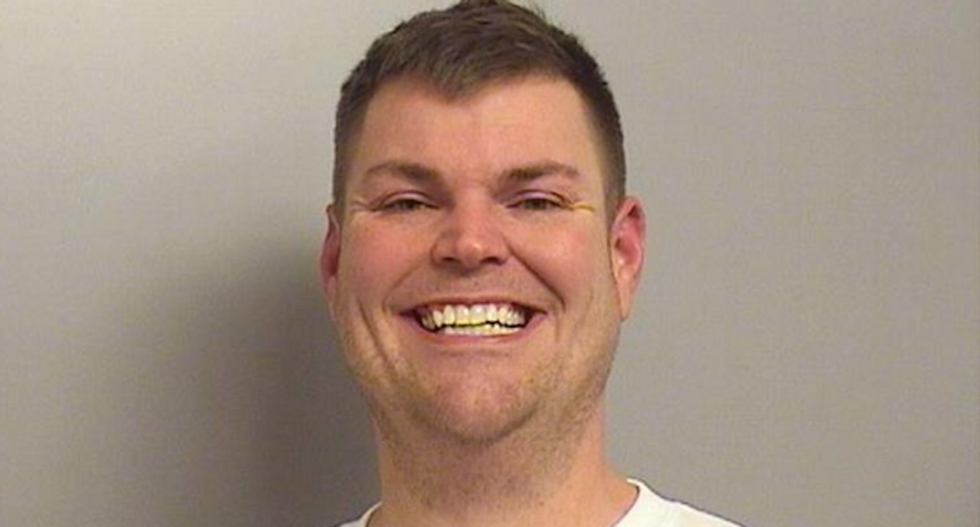 A failed Oklahoma gubernatorial candidate was charged with making a mass shooting threat a day after he was arrested in connection with a shooting at his home.

Christopher Jonathan Barnett was jailed again Thursday evening and remains held without bond after allegedly threatening a University of Tulsa administrator and the school's football fans leaving a game at halftime, reported the Tulsa World.

The 36-year-old Barnett allegedly posted the threat on the website for Transparency for Oklahoma group he operates, which describes in highly specific detail how to "take down" the university with a supposedly "hypothetical" threat intended to "drive the left crazy."

"The best way to get a message across is violence," states the post, which was written by Barnett. "The Judicial System has failed America. So you need to have a large amount of deaths. You have to take the idiots like David Hogg and you need to find their fear factor. If I were a terrorist and I were going to actually harm anyone at The University of Tulsa, there are a few things I'd do."

The post then lists 22 steps that could be taken to undertake a mass shooting on Tulsa college football fans, sexually assaulting several individuals and framing some of the university's professors for murder and possession of child pornography.

Barnett then encourages violence against Hogg, who became an outspoken gun rights activist after a mass shooting at his school, and suggests the recent high school graduate was not present during the Parkland massacre.

The post targets a Tulsa provost who suspended Barnett's husband, who was a student in the theater department, after Barnett posted disparaging messages about TU faculty on social media.

The couple then sued the university, where Barnett is a theater professor.

Barnett finished third out of 10 candidates in last year's Republican gubernatorial primary, with 5,212 votes, and intends to challenge Sen. Jim Inhofe, whose name he misspelled in a statement, next year in the GOP primary.

The former GOP candidate was arrested Wednesday after police said he shot a process server who was delivering legal papers to his home.

The process server was hospitalized but is expected to recover, and Barnett was charged shooting with intent to kill and later released on bond.

Barnett disputed the police account of the shooting, saying the process server drew a weapon and tried to break into his home.

"I am very Thankful to be alive and I count my blessings every minute," Barnett said in a statement. "I would be dead if I had not taken quick action. It is tragic that I had to use a gun to defend myself, my home and my family and I have no regrets."