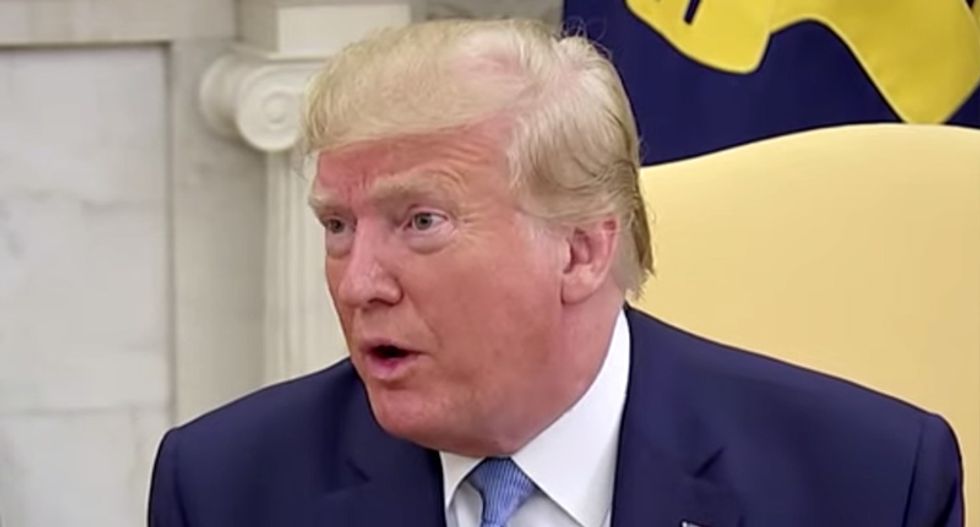 During an Oval Office meeting with Pakistani Prime Minister Imran Khan on Monday, President Donald Trump gave rambling and outrageous comments to the press about a wide range of subjects.

Here are just five of the wildest things he said in the meeting:

1. “Afghanistan would be wiped off the face of the earth.”

Trump said he could “win” the war in Afghanistan by simply committing genocide against the entire population.

“If we wanted to fight a war in Afghanistan and win it, I could win that war in a week,” he said. “I just don’t want to kill 10 million people.”

Comments gave little confidence that Trump understands the actual objectives of the war. And while it’s encouraging, I guess, that the president says he doesn’t want to commit genocide in the country, it’s not clear why he’s even suggesting that mass extermination should be considered as a possibility.

2. “I’m the best thing that ever happened to Puerto Rico.”

Asked about the political tumult in Puerto Rico, Trump lashed out at the embattled governor and, unprompted, at the San Juan Mayor Carmen Yulín Cruz. Cruz has in the past been deeply critical of the Trump administration’s bungled response to Hurricane Maria, which ended up killing an estimated 3,000 people.  While Trump said Monday that his administration “helped them with their hurricane problem,” an analysis from Politico found that the federal government did much more to support Texas in the weeks prior to Maria as it was slammed by an earlier hurricane than it did to provide assistance to Puerto Rico.

3. “Look, I had my best numbers recently and it’s because of the economy and what I’ve done for the African-American.”

Trump deflected questions about his racist attacks on Democratic congresswomen by erroneously taking credit for the unemployment rate in black communities.

Of course, for Trump to hold forth on any government’s honestly is absurd on its face, given his non-stop lying. His deception is so egregious it even thwarted his administration’s plans to put a citizenship question on the 2020 census.

The claim about Pakistan never lying, however, is particularly odd given its history with Osama bin Laden. In 2011, bin Laden was discovered in a compound in Pakistan after being wanted by the United States for nearly a decade. While it remains unclear whether the highest levels of the government was aware of his presence, Pakistani officials have been less than forthcoming about how the circumstances arose.

5. He said American telecommunications companies are now pursuing 5G technology because he asked, “even if they don’t want to.”

Apparently, Trump thinks — or he at least expects viewers at home to think — that their phone companies are developing and employing 5G technology just because he asked them to.