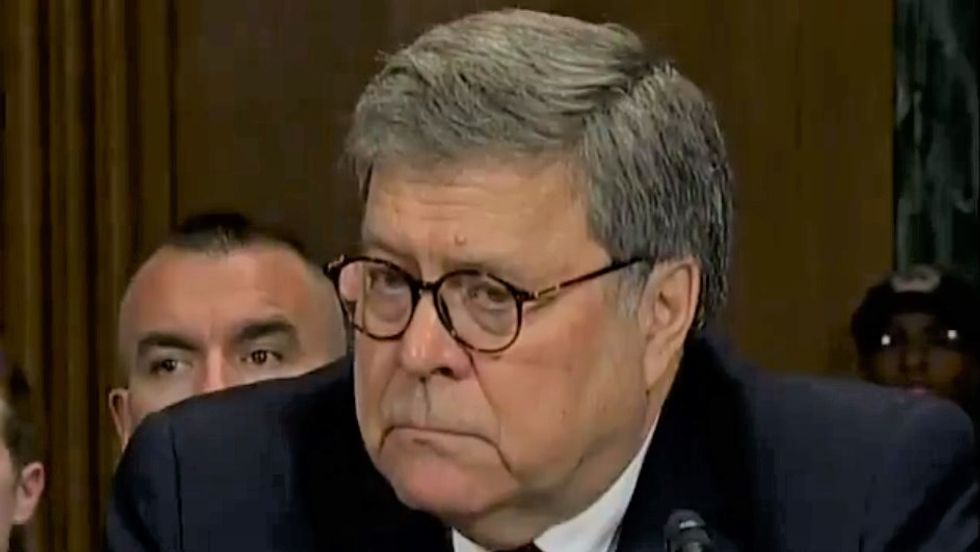 In a column for the Daily Beast, a former Democratic member of the U.S. House of Representatives laid out a simple way to force lawyers advising aides to Donald Trump to defy Congressional subpoenas -- or avoiding one themselves -- to stop giving bad advice by moving to have them disbarred.

According to Brad Miller, who represented North Carolina in Congress between 2003 and 2013, the way in which former President Bill Clinton's impeachment was handled -- and the penalty he eventually received -- is a road map for legal retaliation even if Democrats in Congress won't do it.

Pointing out the numerous lawyers in the Trump administration who have refused to comply with subpoenas and answer lawmaker's questions, Miller suggests formal complaints can be lodged with the Bar that can lead to disciplinary action or even disbarment.

Citing the Clinton case, Miller points out, "The Senate decided that Bill Clinton’s false testimony in the special prosecutor’s investigation and the Paula Jones lawsuit did not merit removal from office, but the false testimony was not without consequence. At the end of his presidency, Clinton made a deal that federal prosecutors would not prosecute him for perjury or obstruction of justice, and he would give up his law license."

"The Arkansas Supreme Court suspended Clinton’s license for five years, and the United States Supreme Court disbarred him. Clinton had no plans to practice law in Arkansas or elsewhere, of course, and never sought reinstatement," he recalled.

According to the ex-lawmaker, a referral to the Bar need not come from Congress -- it can come from anyone.

"Who can file a grievance with the District of Columbia Bar," he wrote. "All God’s children. Members of the House OGR [Oversight] Committee can; the lawyers in the citizenship question lawsuit can; anyone can."

He then added a caveat.

"Perjury is tough to prove and should be. Witnesses are very rarely prosecuted for perjury for testimony that is disbelieved and even more rarely convicted," he wrote. "Professional misconduct by lawyers is a different matter. It is professional misconduct for a lawyer to 'engage in conduct involving dishonesty, fraud, deceit, or misrepresentation,' or 'conduct that seriously interferes with the administration of justice.'"

"Professional misconduct must be proved by 'clear and convincing evidence,' a tough standard but not nearly as tough as proof 'beyond a reasonable doubt' required for a criminal conviction," he concluded.