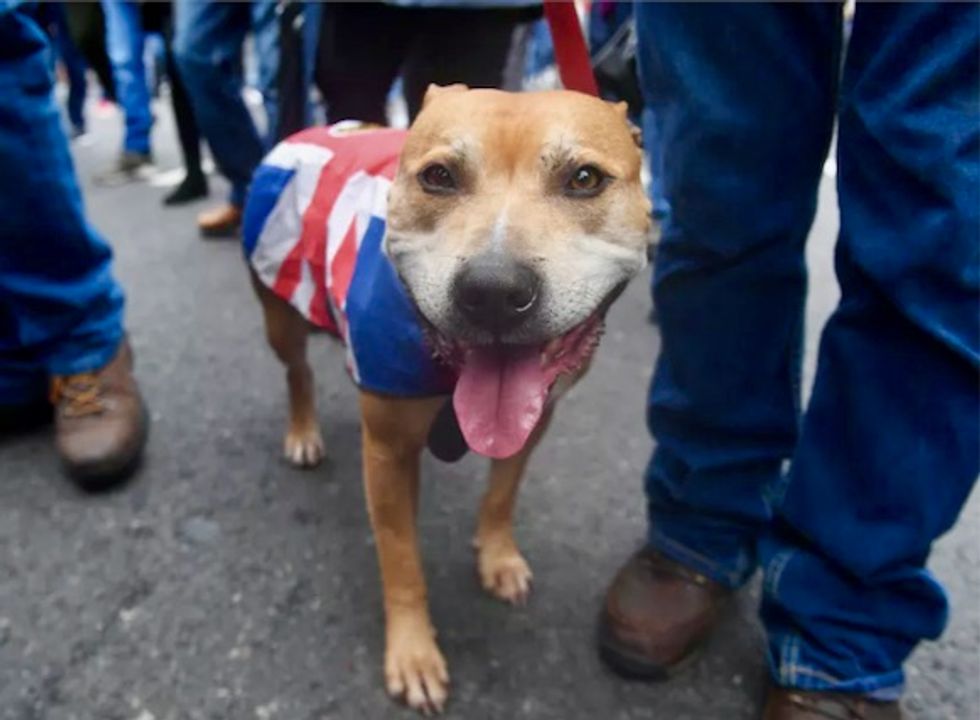 The government’s definition of extremism is so unfit for purpose that far-right groups with clearly dangerous ideology are using it to “prove” that they are not extremist.

I’ve written about this in a new study published by the Commission for Countering Extremism as part of a wider set of research aimed at improving understanding about far-right extremism in Britain.

The government defines extremism as the:

Vocal or active opposition to fundamental British values, including democracy, the rule of law, individual liberty and mutual respect and tolerance of different faiths and beliefs … calls for the death of members of our armed forces (are also) extremist.

My own research on the definition looks at how it was used by groups such as National Action, which gained notoriety in December 2016 when it became the first far-right group in the UK to be proscribed, or banned under terrorism legislation. This made it a criminal offence to be a member of the group, organise meetings and wear clothing or symbols linked to it.

National Action was a youth-focused group that adhered to an extremely traditional interpretation of National Socialism. Routinely glorifying Adolf Hitler and the Third Reich, the group spoke about the need to undertake a “white jihad” as a means of establishing a “white homeland” in the UK. While National Action are easy to mock given the headlines that have accompanied recent successful convictions – the Miss Hitler beauty competition, naming a baby Adolf and having swastika-shaped cookie cutters – doing so undermines the group’s very real commitment to enact extreme violence. Not only had the group begun stockpiling weapons but they had also begun planning to use them, evident in plots to kill the Labour MP Rosie Cooper.

Even though National Action adhered to an extremist ideology and its members engaged in extremist activities, the government had to resort to using terrorism-related legislation to ban the group. This is despite the government stating in both the 2015 and 2016 Queen’s speeches that it would introduce a counter-extremism bill in order to criminalise “extremist activity”, the current definition of which is far too broad to be suitable for legislation – a point the former independent reviewer of terrorism legislation made earlier in 2019. This means that no group can be banned for extremism under current law.

The targeting groups and individuals by National Action on the basis of their “race”, ethnicity, gender, sexual identity and disability – all of which are key components of traditional National Socialism – did not contravene the definition’s quite bizarre requirement to only show respect and tolerance towards different faiths and beliefs. The definition doesn’t deem being intolerant on the basis of race, ethnicity and so on as being extremist.

It’s highly unlikely than anyone within today’s British far right would openly state that they were against “democracy, the rule of law, individual liberty”. On the contrary, many including Britain First, the Democratic Football Lads Alliance and Tommy Robinson can be seen to actively espouse – albeit with some caveats – a commitment to Britain and its values as a means of distancing themselves from Muslims in particular. A number of far-right figures and groups claim to defend various liberal and civil rights including free speech and gender equality.

The New Right: how a Frenchman born 150 years ago inspired the extreme nationalism behind Brexit and Donald Trump

The weakness of the government’s extremism definition was actually addressed by National Action prior to its proscription. It stated on its website at the time that:

Despite there being a bunch of legislation existing against it nobody seems to know what extremism actually ‘is’ … An extremist is somebody who uses or encourages illegal violence or terrorism to achieve their goals.

While some National Action members clearly had a propensity to use illegal violence or terrorism to achieve their ideological goals, its rebuttal of the government’s extremism definition highlights just how little clarity the definition provides on what is invariably a subjective and contextual concept. Nor does the definition make any specific reference to violence, thereby conflating both violent and non-violent forms of extremism.

The problem of fundamental British values

Central to the problem is the government’s insistence on using “fundamental British values” to define extremism: these are the democracy, the rule of law, individual liberty and mutual respect and tolerance of different faiths and beliefs.

They first appeared in the Coalition government’s review of Prevent – the UK’s counter-terrorism strategy – in 2011. But at this time, the overwhelming focus of the government’s approach to counter-terrorism and subsequently counter-extremism was on forms of that were Islamist and inspired by Islamic State. While the threat posed by the far right is thankfully now being taken seriously, the same was not true when the definition of extremism – or fundamental British values – were conceived. This is part of the reason why the existing definition fails to take into account of the broad spectrum of extremism.

As I concluded in my recent paper, despite the fact that National Action has been irretrievably damaged by the successful convictions against some members, the very real threat posed by the ideologies and activities of the far right will continue for the foreseeable future. That some of these ideologies and activities cannot be incorporated in the government’s existing definition of extremism is hugely problematic and will no doubt have a detrimental impact on those seeking to counter that threat. Rather than allowing those within the far right to continue to exploit this loophole, the Commission for Countering Extremism, and the government more widely, must ensure that extremism in all its forms is appropriately defined and more importantly, addressed.