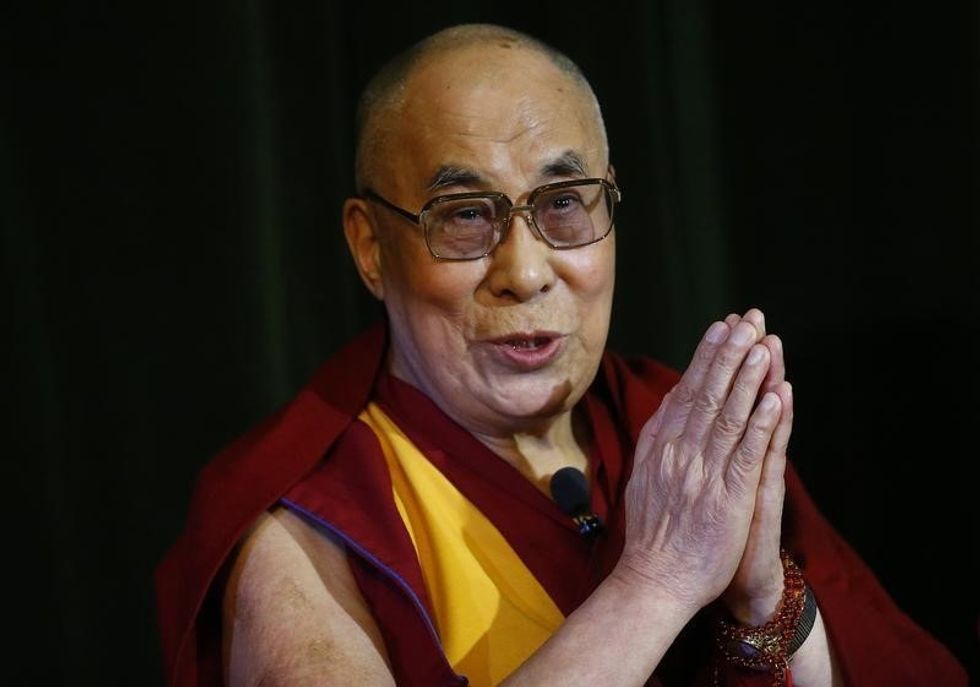 The 14th Dalai Lama, Tenzin Gyatso, the spiritual leader of Tibet, is turning 84 on July 6. With his advancing age, the question of who will succeed him, has become more pressing.

Winner of the 1992 Nobel Peace Prize and one of the most recognizable faces of Buddhism, the Dalai Lama is an important figure bringing Buddhist teachings to the international community.

The successor to the Dalai Lama is traditionally located by senior monastic disciples, based on spiritual signs and visions. In 2011, however, the Chinese foreign ministry declared that only the government in Beijing can appoint the next Dalai Lama and no recognition should be given to any other succession candidate.

As a scholar of transnational Buddhism, I have studied Buddhism and its refashioning in the context of globalization.

The Dalai Lama’s succession today is not just a religious issue, but a political one as well. Here’s how the Dalai Lama is chosen.

The Dalai Lamas in Tibetan Buddhism

The Dalai Lama is a highly influential figure.

All of the Dalai Lamas are thought to be manifestations of the bodhisattva of compassion, Avalokitesvara. The 14 generations of Dalai Lamas, spanning six centuries, are linked through their acts of compassion.

For Buddhists, the ultimate goal is enlightenment, or “nirvana” – a liberation from the cycle of birth and death. East Asian and Tibetan Buddhists, as part of the Mahayana sect, believe bodhisattvas have reached this highest realization.

Furthermore, Mahayana Buddhists believe bodhisattvas choose to be reborn, to experience the pain and suffering of the world, in order to help other beings attain enlightenment.

Tibetan Buddhism has developed this idea of the bodhisattva further into identified lineages of rebirths called “tulkus.” Any person who is believed to be a rebirth of a previous teacher, master, or leader, is considered a tulku. Tibetan Buddhism has hundreds, if not thousands of such lineages, but the most respected and well-known is the Dalai Lama.

The current Dalai Lama was enthroned when he was 4 ½ years old and renamed Tenzin Gyatso.

The search for him began soon after the 13th Dalai Lama died. Disciples closest to the Dalai Lama set to identify signs indicating the location of his rebirth.

There are usually predictions about where and when a Dalai Lama will be reborn, but further tests and signs are required to ensure the proper child is found.

In the case of the 13th Dalai Lama, after his death, his body lay facing south. However, after a few days his head had tilted to the east, and a fungus, which was viewed as unusual, appeared on the northeastern side of the shrine containing the body. This was interpreted to mean that the next Dalai Lama could have been born somewhere in the northeastern part of Tibet.

Disciples also checked Lhamoi Latso, a lake that is traditionally used to see visions of the location of the Dalai Lama’s rebirth.

The district of Dokham, which is in the northeast of Tibet, matched all of these signs. A 2-year-old boy, named Lhamo Dhondup, was just the right age for a reincarnation of the 13th Dalai Lama, based on the time of his death.

When the search party, consisting of the 13th Dalai Lama’s closest monastic attendants, arrived at his house, there were immediate signs that this was the one they were looking for. 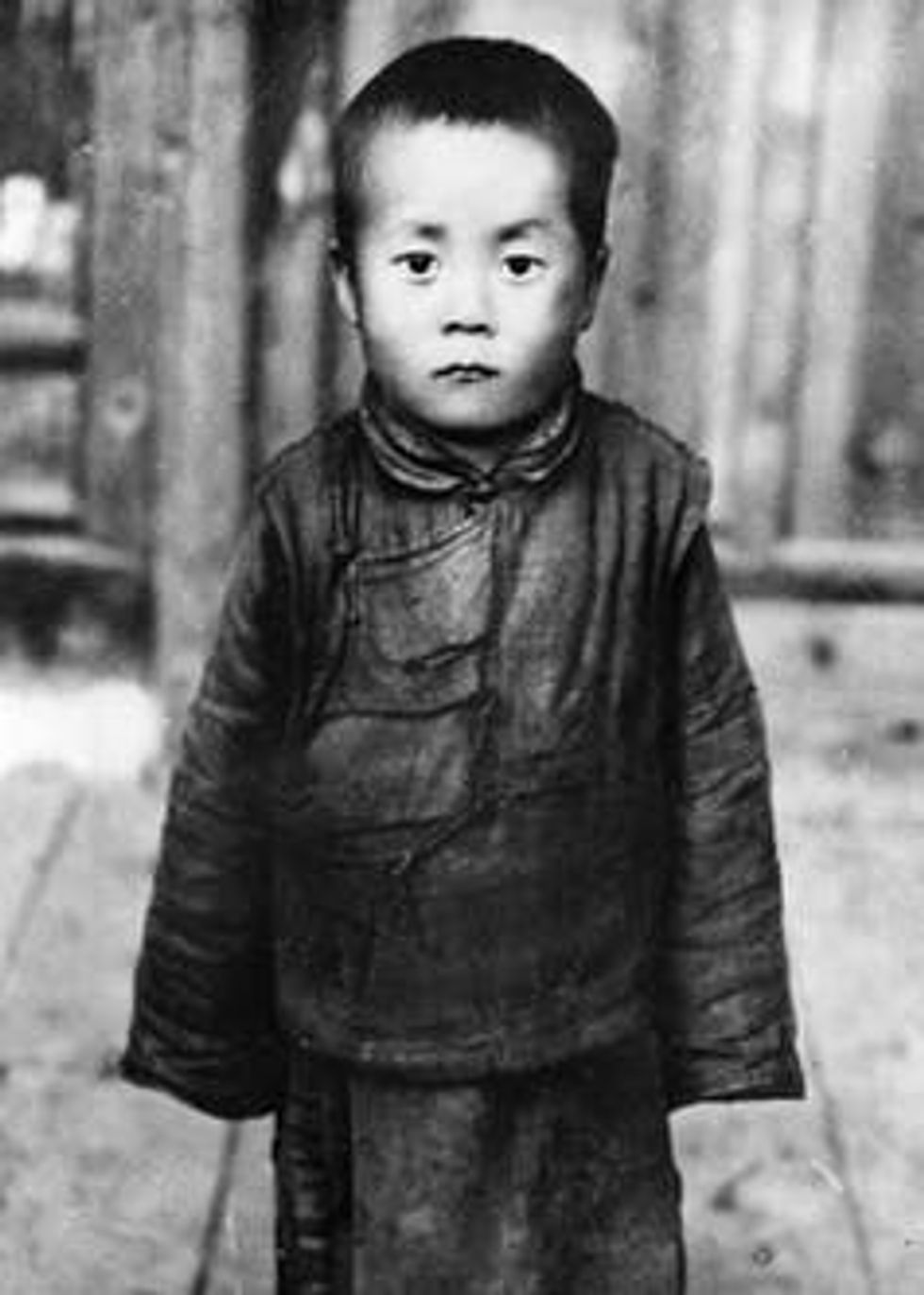 An undated photo of the future Dalai Lama of Tibetan Buddhism, born Lhamo Dhondrub on July 6, 1935.

The 14th Dalai Lama recounts in his memoirs about his early life that he remembered recognizing one of the monks in the search party, even though he was dressed as a servant. The search party did not show who they were to the villagers, to prevent any manipulation of the process.

As a little boy, he remembers asking for the rosary beads the monk wore around his neck. These beads were previously owned by the 13th Dalai Lama. After this meeting, the search party came back again to test the young boy with further objects of the previous Dalai Lama. He was able to correctly choose all items including a drum used for rituals and walking stick.

Today the selection process for the next Dalai Lama remains uncertain.

In 1950 China’s communist government invaded Tibet. The Dalai Lama fled in 1959 and set up a government in exile.

The Dalai Lama is revered by Tibetan people and his exile has created anger inside Tibet. China’s threats to manipulate the selection process is believed to be a way to impose control on the Tibetan people.

China also wants to appoint its own Dalai Lama. But it is important to Tibetan Buddhists that they are in charge of the selection process. 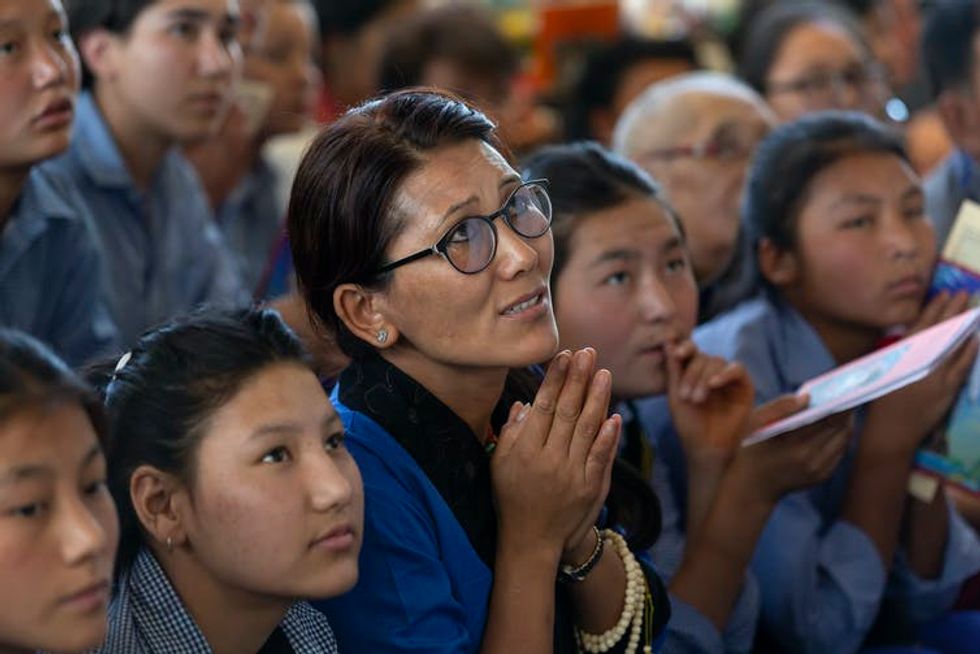 Exiled Tibetans listen to their spiritual leader the Dalai Lama, at the Tsuglakhang temple in Dharmsala, India.

Because of the threat from China, the 14th Dalai Lama has made a number of statements that would make it difficult for a Chinese appointed 15th Dalai Lama to be seen as legitimate.

For example, he has stated that the institution of the Dalai Lama might not be needed any more. However, he has also said it was up to the people if they wanted to preserve this aspect of Tibetan Buddhism and continue the Dalai Lama lineage.

Lastly, he has mentioned the possibility of being reborn as a woman, but added that he would have to be a very beautiful woman. He believes that appearance is important in transmitting Buddhist teachings.