How visions of the Moon inspired centuries of storytellers 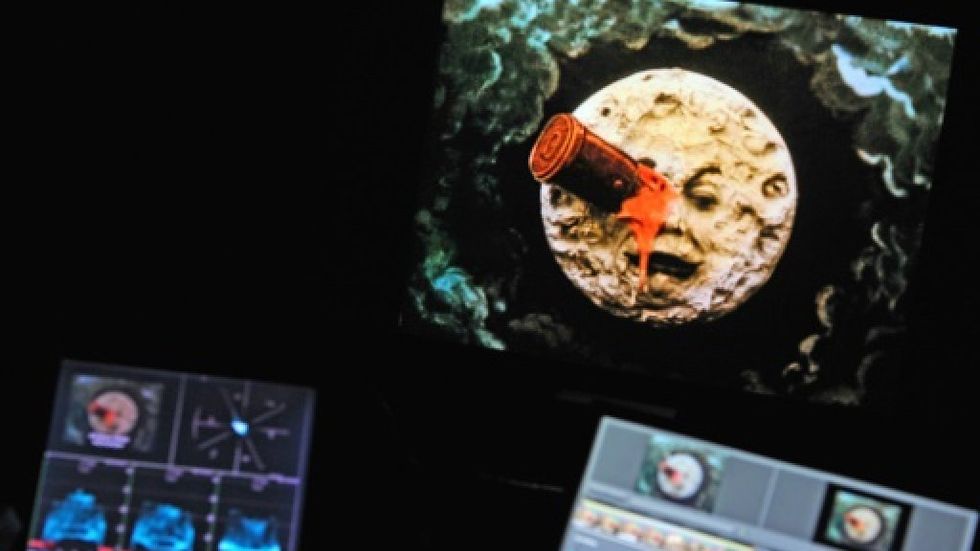 Georges Melies fanciful 1902 film 'A Trip to the Moon', a long way from the 1969 Apollo mission AFP

By landing on the Moon in 1969, Neil Armstrong and Buzz Aldrin arrived at a place which, up until that point, had been the stuff of fantasy.

But even after they transformed fantasy into fact, it is a place that continues to capture the imagination of storytellers, as it has for centuries.

Literature, novels, cinema... from antiquity to the present, the Moon has been the object of any number of imaginary expeditions.

As far back as the second century BC, the satirist Lucian of Samosata, in "True Stories", imagined a voyage to the Moon that saw the author and his fellow travellers find the King of the Moon caught up in a war with the King of the Sun.

In the 17th century, French writer Cyrano de Bergerac -- the real one, not the character in Edmond Rostand's famous play -- wrote a tale titled "The Other World: Comical History of the States and Empires of the Moon".

And the 17th-century astronomer Johannes Kepler imagined demons on the Moon in his story titled "The Dream".

In more modern times, science fiction pioneer H.G. Wells imagined a sophisticated race of insect-like creatures living below the satellite's surface in "The First Men on the Moon".

Wells's adventurers reached the Moon using a substance that negated the forces of gravity.

Verne, in his 1865 tale "From the Earth the Moon", was a little less fanciful, shooting his travellers across space in a giant cannon.

A century or so later Armstrong, travelling back from the Moon, referred to Verne's tale in one of his television broadcasts.

More recently still, one of Herge's 1950s Tintin adventures featured a visit to the Moon -- and even Snowy, his loyal dog, got a spacesuit.

- Changing face of the Moon -

Cinema versions of the Moon have been equally fanciful.

In George Melies extraordinary 1902 work "A Trip to the Moon", the travellers find giant mushrooms and excitable natives.

He follows Verne with a cannon-propelled space capsule -- and a splashdown at sea on their return.

As technology brought the possibility of a lunar flight closer, that seemed to dampen the market for the more fanciful lunar tales.

Classic sci-fi writer Robert Heinlein still used the Moon as the setting for his 1966 novel "The Moon Is a Harsh Mistress".

But by this time, humans inhabit it -- and Heinlein's tale is about the revolt of the lunar colony against rule from Earth.

And just a year before the real Moon landings, Stanley Kubrick's epic 1968 film "2001" has astronauts at an outpost on the Moon finding a mysterious obelisk there.

Here, as in Clarke's original story, the Moon has become little more than the stage for something far more important.

Perhaps what the 1969 Apollo mission to the Moon did was not so much end the telling of tales about the satellite as change the kind of stories being told.

After the Apollo landings, the Moon became a focus for pop culture.

The heroes of the achingly kitsch 1970s science fiction television series "Space 1999" are based on the Moon -- and have to cope with a nuclear accident that knocks it out of orbit and sends them hurtling into space.

The Moon also featured in any number of comic-book adventures and cartoon series from the 1970s onwards.

A generation later, in the 2013 version, Canadian astronaut Chris Hadfield played his cover version of the song from the International Space Station.

And in 2009 Bowie's son, Duncan Jones, broke into the cinema mainstream with his cult hit -- sci-fi puzzler "Moon".