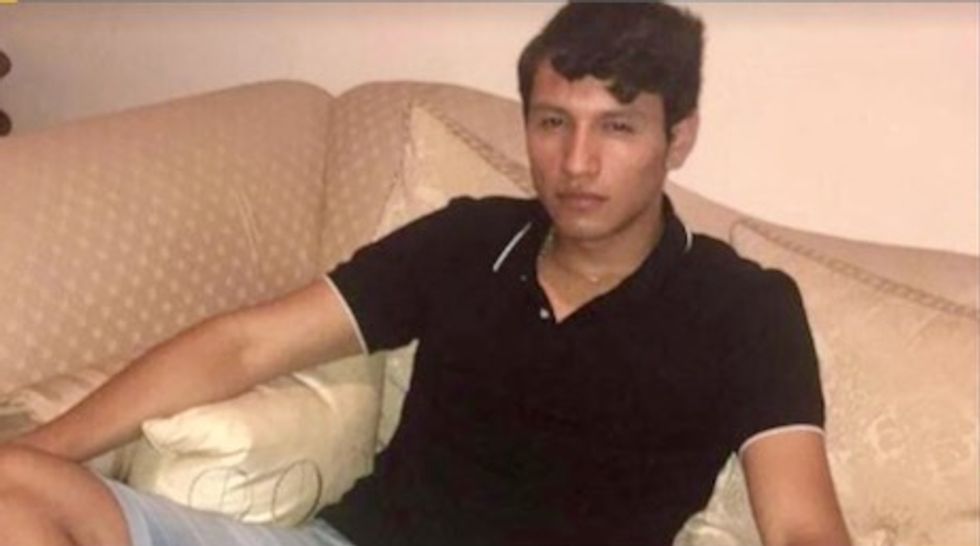 Customs and Border Patrol agents detained Francisco Erwin Galicia, a Dallas-born citizen, at a checkpoint in late June, according to The Dallas Morning News.

Federal authorities have released an 18-year-old Dallas-born U.S. citizen who had been detained in immigration custody for more than three weeks after being stopped at a U.S. Border Patrol checkpoint, according to multiple reports.

Francisco Erwin Galicia, 18, had been held in U.S. Immigration and Customs Enforcement custody in Pearsall. His lawyer, Claudia Galan, confirmed his release to The Dallas Morning News and the Associated Press on Tuesday, a day after the Morning News first reported about his case.

Galicia was traveling in late June with his 17-year-old brother, Marlon Galicia, and a group of friends to a soccer scouting event when they were stopped at an immigration checkpoint in Falfurrias, the Morning News reported. Francisco Galicia had a Texas ID, which can only be obtained with a Social Security number, but his brother, who was born in Mexico and lacked legal status, only had a school ID.

Both brothers were detained and put into CBP custody, according to the newspaper report. After two days in detention, Marlon Galicia signed a voluntary deportation form and is now residing in Reynosa with his grandmother. Francisco Galicia spent three weeks in CBP custody, where he wasn't allowed to use the phone, his mother told the Morning News. He was moved Saturday into the custody of Immigration and Customs Enforcement, which handles the intake of single adults, and has been able to call his mother, the newspaper reported.

"He’s going on a full month of being wrongfully detained," his mother, Sanjuana Galicia, told The Dallas Morning News. "He’s a U.S. citizen and he needs to be released now."

Claudia Galan, Francisco Galicia's lawyer, told The Washington Post she presented CBP officers with the 18-year-old's birth certificate and other documents proving his citizenship but was unable to get him released. The Post reported that the delay could be in part because Francisco's mother, who is not a citizen, took out a U.S. tourist visa in his name while he was still a minor, falsely saying he was born in Mexico. Galan told the newspaper that the paperwork confusion only furthered the agency’s suspicion that Galicia’s U.S. documents were fake.

The lawyer told the Morning News she planned to present the same documents, which include a congratulatory certificate his mother was given by hospital staff when he was born and a high school ID, to ICE officers.

Matthew Watkins contributed to this story.