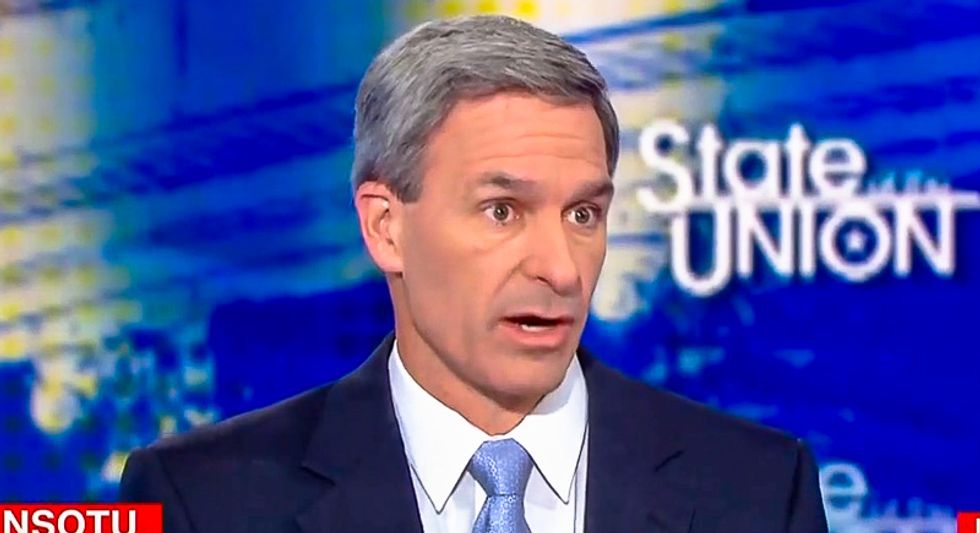 In an interview on CNN's State of the Union program, host Jake Tapper confronted Cuccinelli about the president's Sunday morning tweet which called for some foreign-born Democrats to "go back" where they came from.

Tapper noted that the tweet "feeds into the impression that the president is racist and pushing a racist agenda."

"He’s running for president," Cuccinelli replied. "And you’re wrapping up his rhetoric for presidential race in with what is ICE’s every day job and that is enforcing the law Congress passed."

"We have compassionate, loyal ICE Agents who are just doing their job and it shows you how far we’ve fallen in that it has become news that they would actually go deport people who have removal orders," the USCIS director complained.

Cuccinelli, however, would not say if the raids have begun.

"I can’t speak to operational specifics and won’t," he insisted.