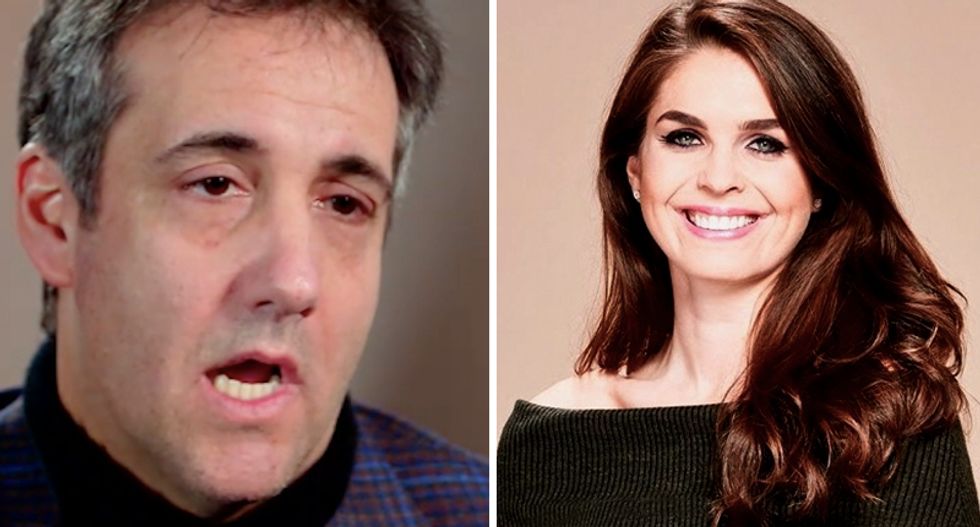 According to text messages revealed in the unredacted search warrants in Michael Cohen's campaign finance case, he and Hope Hicks not only talked on the phone multiple times, but they were also texting.

After the "Access Hollywood" tape dropped, Hicks, Trump and Cohen exchanged multiple phone calls. Cohen even called Kellyanne Conway at a time that she was serving as the Trump campaign manager to discuss a recording of Stormy Daniels sent from her attorney denying the affair after she was paid.

In one text exchange less than one week before the 2016 election, Hicks told Cohen to try to pray the hush-money scandal away.

"So far I see only 6 stories," Cohen texted Hicks.

You can see the excerpt below: