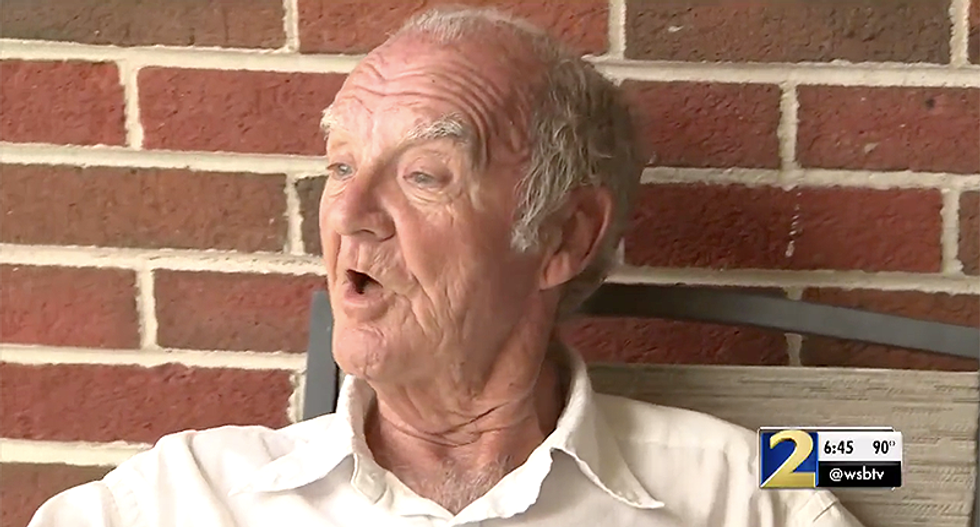 Allen and Patricia McCoy are being sued by a former tenant who alleges that she was evicted because she was friends with Black people.

According to an ACLU lawsuit, Victoria Sutton said that McCoy called her a "n***er lover" after a black co-worker and their family left her home last year, WSBTV reported.

Sutton explained that she invited the colleague and family over for a playdate and hugged the co-worker goodbye. She said that McCoy said she should be ashamed of herself and was calling Child Protective Services for having the "n***er lover" on his property.

Sutton said she called Patricia McCoy that evening after Allen threatened eviction. According to the lawsuit, McCoy said that Sutton should think about the consequences before she "brought that n***er around."

"I don't put up with n***ers in my (house) and I don't want them in my property," the lawsuit cites a recording of the conversation with Patricia McCoy.

The local news station caught up with the McCoy to ask them if there was any truth to the matter. Allen McCoy explained that it was impossible because "some of the best friends I got is colored."

McCoy went on to claim that Sutton had damaged the property. According to the interview transcript, McCoy then called his wife out to answer questions.

"(Grunts) Let me get the ole lady out. And tell ya ‘bout..," the transcript said.

“Some of my best friends are Black,” she agreed.

Sutton said that she was put in a bind having to rush to find housing and a school that could work with her special needs child.

Footage of the property shows the couple flies a Confederate flag in their front yard.

Watch the interview with Allen McCoy below: