Lindsey Graham backs up Trump after his racist attacks on Dem women: 'They hate our own country!' 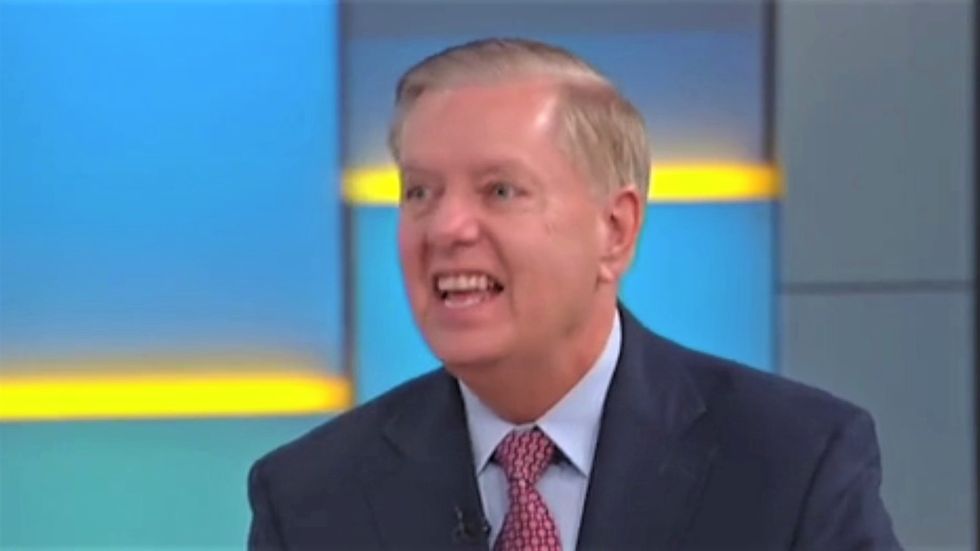 Sen. Lindsey Graham (R-SC) on Monday backed up President Donald Trump after he launched racist attacks against four Democratic lawmakers, although he did say the president should "aim higher" than telling them to "go back to the crime-infested places from which they came."

During a Fox News interview, Graham was asked what he thought of Trump's attacks on Reps. Ilhan Omar (D-MN), Alexandria-Ocasio-Cortez (D-NY), Rashida Tlaib (D-MI), and Ayanna Pressley (D-MA), whom Trump told to "go back" to their native countries despite the fact that all four women are American citizens -- and that three of them were born in the United States.

Graham replied that he wouldn't have centered his attacks on the lawmakers on their ethnicity -- and then proceeded to smear them all as anti-Semites who hate the United States.

"We all know that AOC and this crowd are a bunch of communists," he said. "They hate Israel, they hate our own country, they're calling the guards along our border concentration camp guards... they're anti-Semitic, they're anti-America."

Graham did say that the four congresswomen are "American citizens that are duly elected" to serve in Congress and that the president should instead focus on their policies rather than their backgrounds.