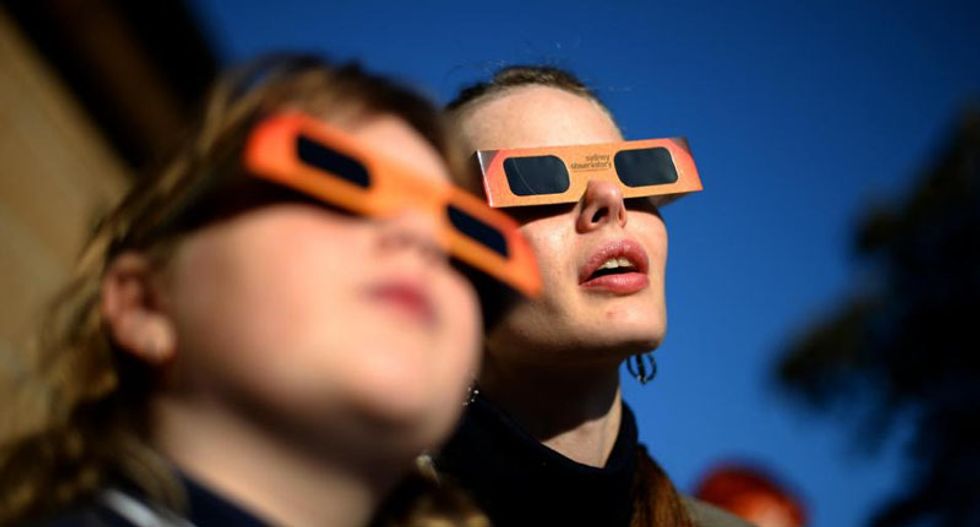 For most animals, the structure of their day – and indeed their year – depends on the light-dark cycle. These regular and rhythmic cycles in the length of days tell animals when they should be foraging, when they should be asleep, when it’s time to migrate and when it’s time to breed. Animals can tell all this from how many hours of daylight they experience, but the moon’s cycles also strongly influence their behaviour.

The lunar synodic cycle – the moon’s regular journey from full moon to full moon again over 28 nights – causes changes in the Earth’s magnetic field, the moon’s gravitational pull on Earth, and light levels at night. Many species can detect this and use it to synchronise their breeding. Mass spawning in corals sees tens of millions of eggs released at once on reefs to coincide with full or new moons. But what happens to animals when the moon or the sun does something unusual or unexpected, such as an eclipse? 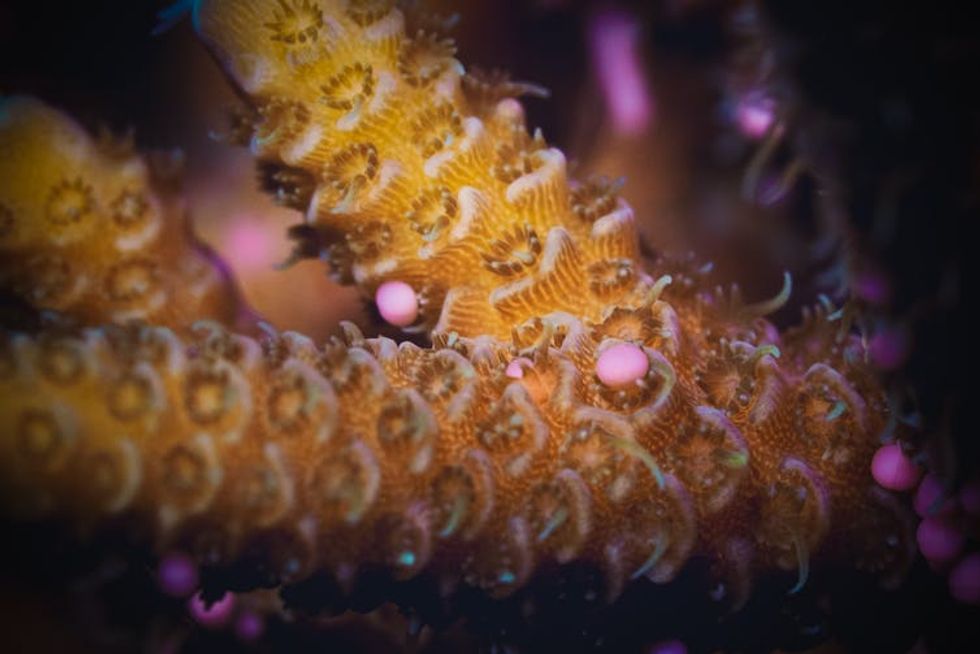 A coral (Acropora millepora) releases egg and sperm bundles during the annual spawning event on the Great Barrier Reef, following the full moon in late November.

Of all the cosmic events, solar eclipses prompt perhaps the biggest change in animal behaviour. Puzzled animals that are active during the day head back to their nighttime abodes while nocturnal animals think they’ve overslept. A solar eclipse occurs when the sun, moon and Earth are aligned on the same axis so that the moon completely blocks the sun. Around the world, unusual incidences of behaviour are usually reported while everyone else is watching the eclipse.

Some spider species begin to break down their webs during an eclipse, as they typically do at the end of the day. Once the eclipse has passed, they begin to rebuild them again, possibly lamenting the lack of rest in between. Similarly, fish and birds that are active during the day head for their nighttime resting places, while nocturnal bats appear, seemingly tricked by the sudden darkness.

Hippos in Zimbabwe were observed leaving their rivers during an eclipse, heading towards their nocturnal feeding grounds on dry land. Midway through their departure, the eclipse passed, daylight returned and the hippos aborted their efforts. The animals appeared agitated and stressed following the eclipse for the remainder of the day. 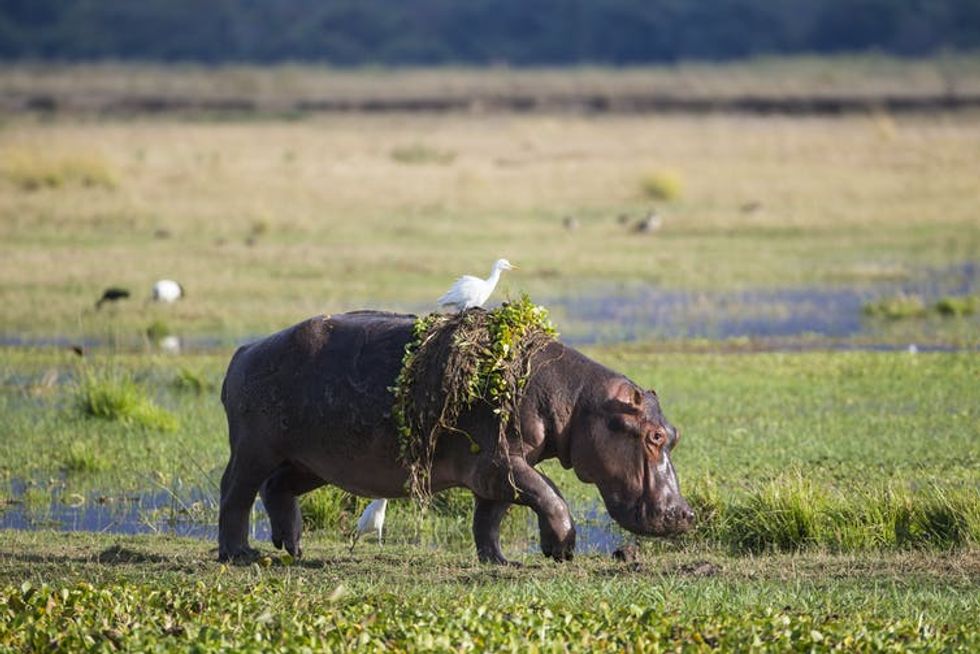 Leaving in a hurry.

A lunar eclipse happens when the moon, Earth and sun are very closely aligned, with the Earth positioned between the two. As the moon passes directly behind us, Earth blocks sunlight from directly reaching the moon, causing a reddish glow to appear. These so-called “blood moons” can only occur when there is a full moon, so it’s difficult to separate the impacts that lunar eclipses have on animals compared to a standard full moon.

A study in 2010 discovered that Azara’s owl monkeys – a typically nocturnal species – stopped foraging in Argentina during a lunar eclipse as their world became suddenly darker. They may have struggled to see their food, or felt too unnerved to move safely through the trees. 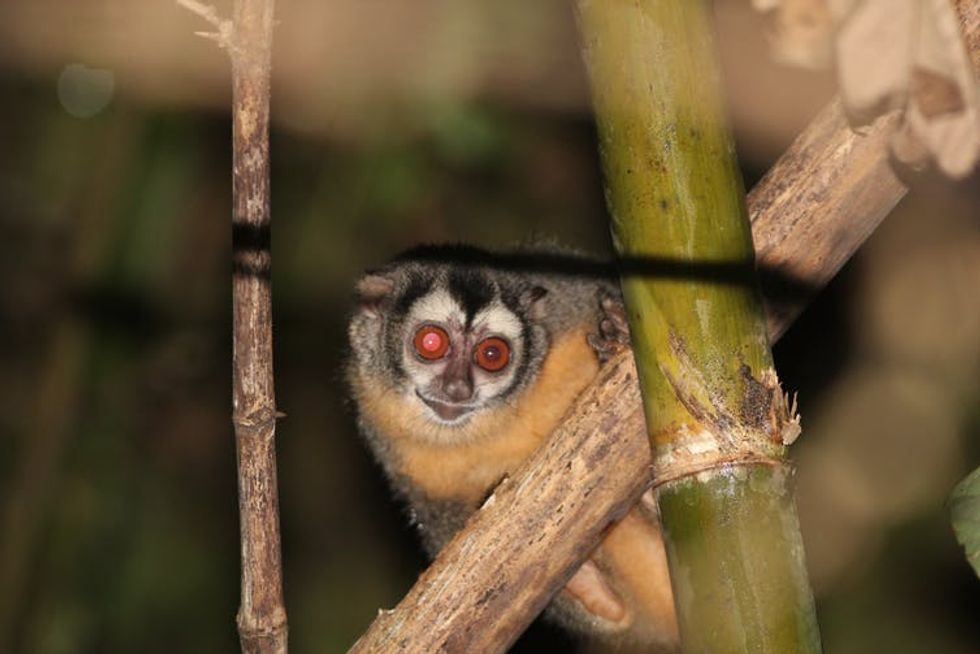 Around three times a year, a “supermoon” occurs, which is when a full moon coincides with perigee – the point at which the moon is closest to the Earth. The moon’s distance to Earth varies throughout the month, because the moon’s orbit is not a perfect circle. During a perigee event, the moon is about 46,000 km closer to the Earth than during apogee – when the moon is furthest from Earth.

During a supermoon, light levels at night are around 30% brighter than at any point in the moon’s monthly cycle, and it appears much larger in the sky. Our recent study found that wild barnacle geese responded to these supermoon events while they over-winter in south-west Scotland. We fitted small devices to the animals which measure their behaviour and found that the geese’s heart rate and body temperature increased at night during supermoons, when typically at this time of day they’d be subdued.

The birds didn’t respond to “supermoon” events when the moon was hidden by heavy cloud and the night stayed quite dark. So it appears that, a bit like with humans, the bright light of a supermoon woke the geese up, causing their heart rate and body temperature to increase, potentially in preparation for daytime. 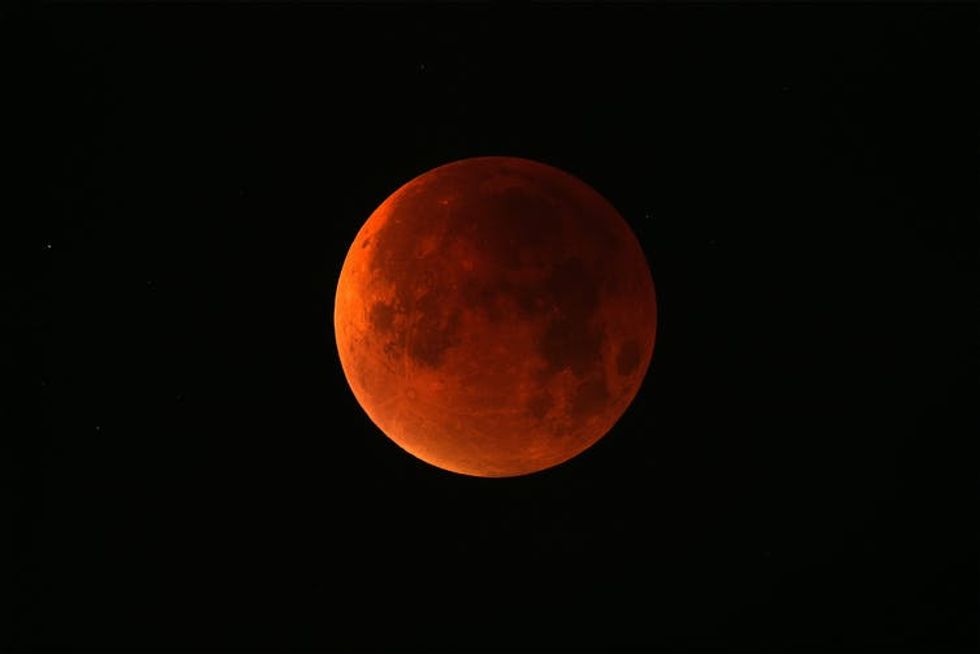 The lunar cycle and us

For centuries, people have been fascinated about the relationship between human behaviour and the lunar cycle. Many folklores and fables were connected to our interactions with the moon, the most extreme example perhaps being that of mythical beasts such as werewolves. It isn’t too surprising then that previously the term “lunatic” – from the Latin “lunaticus”, meaning “of the moon” – was used to describe people deemed to be mentally ill, crazy or unpredictable, until 1930, when more appropriate and sensitive terms were introduced.

It was once believed that the lunar cycle influenced a range of strange changes to a person’s physiology and the behaviour of wider society, with everything from birth rate, fertility, epilepsy and overall argumentativeness thought to be influenced. Many still believe that incidences of violent crime and general disorder increase around the time of a full moon.

A series of studies published in the late 1980s found no evidence at all of any link between the lunar cycle and human behaviour. The moon’s influence on us might remain the stuff of legend, but the confusion it sows among wild animals is very real indeed.