‘Maybe I’m worried about the wrong dude’: Nicolle Wallace wonders if Tucker Carlson may be crazier than Trump 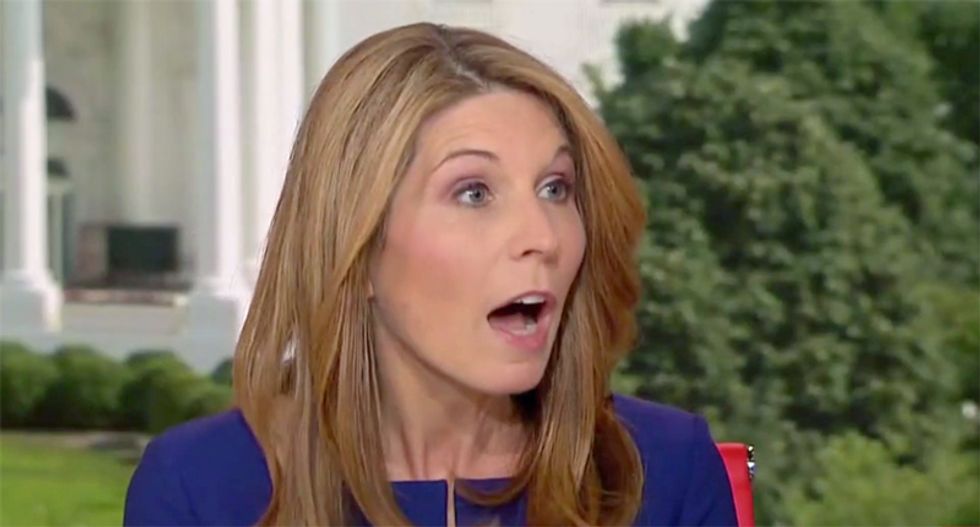 "For his part, the president is channeling some political jitters in a bizarre sit down with Tucker Carlson and in a particularly unhinged set of tweets this morning," host Nicolle Wallace noted.

The host played a clip from the bizarre interview.

“You come to where we are now, Osaka, or Tokyo and the cities are clean, there’s no graffiti, no one going to the bathroom on the streets,” Carlson said to the president. “Very different than our cities.”

“Why is that?” Carlson asked.

“It’s a phenomenon that started two years ago,” Trump claimed.

“It’s disgraceful. I’m going to maybe — and I’m looking at it very seriously — we’re doing some other things, as you’ve probably noticed, like some of the very important things we’re doing now,” he said.

As she introduced her guests, she noted Steele chortling at the clip of Trump and Carlson, giving the entire studio a case of the giggles.

Wallace noted Carlson, "said no one was peeing on the streets -- maybe something is wrong with Tucker Carlson."

"The reality is Donald Trump has always just been a fellow retiree who watches Fox News," MSNBC anchor Joy Reid suggested. "He's not so much president -- he golfs and shouts at the TV."