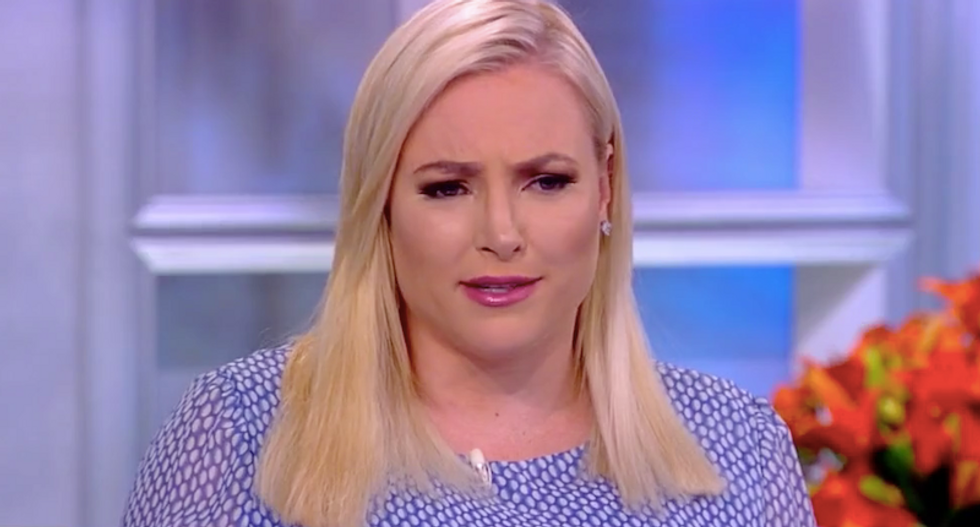 Joy Behar challenged co-host Meghan McCain to explain why she doesn't like House Speaker Nancy Pelosi, and she folded.

"The View" panelists were discussing Pelosi's public feud with Rep. Alexandria Ocasio-Cortez (D-NY) and three other first-year Democrats, and they all agreed the four freshman lawmakers should show respect for the House speaker.

"Lest we forget it's Pelosi who delivered midterms," McCain said. "It was her leadership -- which I once questioned on this show, I no longer do. I would like to say she is 79 years old and she could be with her grandkids and her family."

But she could resist taking a personal shot at Pelosi.

"I don't like her and her politics," McCain said, "but she serves her country, and that deserves respect from younger generations in the same way that I think Joe Biden and everybody else who has dedicated their life to service deserves respect. I was texting memes to my friends, let them fight it out -- it's Democrat-on-Democrat crime. It's fascinating to watch. Republicans don't do this when it comes down to the wire."

Behar reminded her that Republicans used to let their disagreements spill out into the public, and then she asked McCain to explain her dislike for Pelosi.

McCain just repeated what she'd already said, but didn't offer an explanation for her personal distaste for Pelosi.