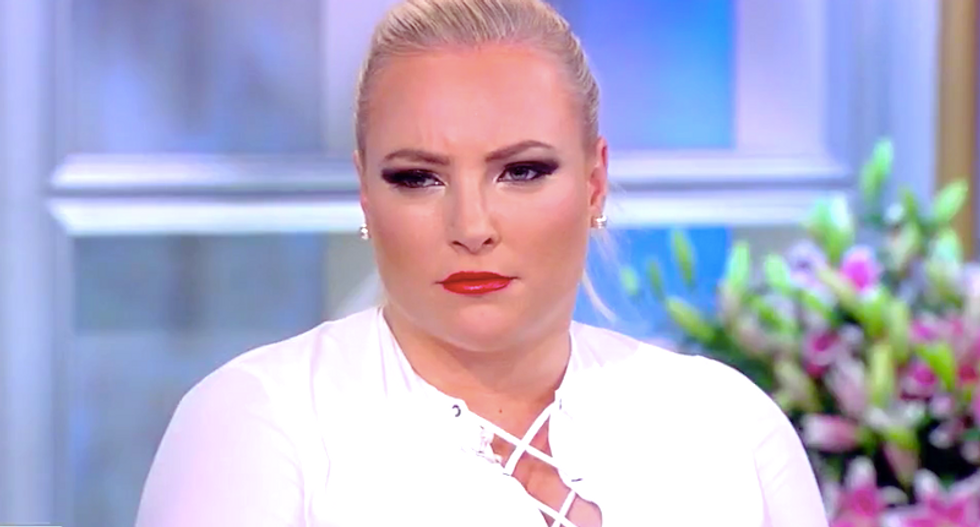 Meghan McCain noticed the asymmetry in the accusations of sexual misconduct against Al Franken and Brett Kavanaugh, even if she overlooked how those allegations eventually played out.

"The View" tackled a New Yorker piece published by Jane Mayer, who believes the Minnesota Democrat was "railroaded" out of the U.S. Senate over sexual harassment claims, and McCain said Democrats had no choice but to force him to resign.

"Imagine him questioning Brett Kavanaugh at the time," McCain said, "which by the way, the writer who wrote this article, Jane Mayer, wrote a 2018 piece about allegations of Brett Kavanaugh that's been panned because the only corroborating witness said he had heard the story but he didn't remember it now, so it's very tricky."

"I want you to go back in time and remember it would be very uncomfortable for Democrats if Al Franken were sitting there questioning Brett Kavanaugh," she added. "I don't think that #MeToo and sexual assault should be about which party you voted in the general election."

The panelists clashed over the incidence of false claims, with Whoopi Goldberg saying that public figures accused of sexual misconduct deserved due process, but McCain couldn't let go of Mayer's reporting on Kavanaugh -- who eventually was confirmed to the U.S. Supreme Court despite credible rape allegations aired in Senate Judiciary Committee hearings.

"I also think journalists should do their job, and it looks like Jane Mayer had a totally different experience reporting on Al Franken than she does Brett Kavanaugh," McCain said. "That's my biggest problem, other than the obvious allegations of sexual assault."

"She said the corroborating witness in the Kavanaugh article, I said it earlier, she had heard the story from someone who had been there but that person said they didn't remember it now," McCain said. "I just want us to hold everyone to the same standard of due process."

"Let's remember, Brett Kavanaugh did get due process, did he not?" Hostin said.

McCain erupted and blamed his ouster on one of Franken's Democratic colleagues.

"Al Franken didn't get it because he pulled himself out because of Kirsten Gillibrand," McCain said, as Goldberg ushered them into a commercial break.