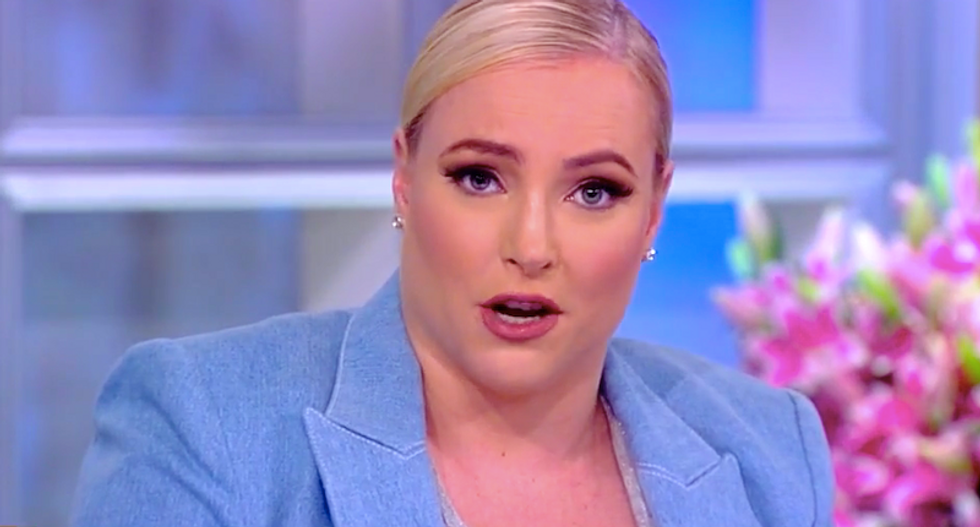 The conservative co-host on "The View" said she was anticipating "crazy crap" from fringe candidate Marianne Williamson in next week's Democratic debate, but she warned the higher-profile candidates to dial back the "radical stuff."

"If you're going to raise your hand and say that all illegal immigrants should have health care when they come into this country," McCain said, recalling a moment from the first debate that oversimplified the candidates' actual position on that issue.

"Right now it's who can be the most far left on this stage," McCain added, "which is great for a primary, it's great when you're trying to win over Democrats, but when you get to a general, it's also who's going to be able to hedge and win over the Trump voters after they voted for President Obama."

Hostin disagreed, saying that chasing Trump voters was a waste of time.

"I don't think it's about winning over the Trump voters, actually," Hostin said. "I actually think if you look at the estimates by the U.S. Elections Project, 43 percent of eligible voters didn't even bother filling out a ballot in 2016. That means 100 million people who have the legal right to vote just decided it wasn't worth it. Those 100 million people need to show up, so we need a candidate that are going to energize those people to walk out of their doors and walk to the ballot box and vote."

"Who cares about the Trump voters?" she added. "If you support this president after his racism, after putting kids in cages, and everything he's done -- you're not going to change, you're foregone. I don't care about you, I care about 100 million people."