Meghan McCain getting sick of 'negative attention' on The View: 'Every day feels like she's going to war' 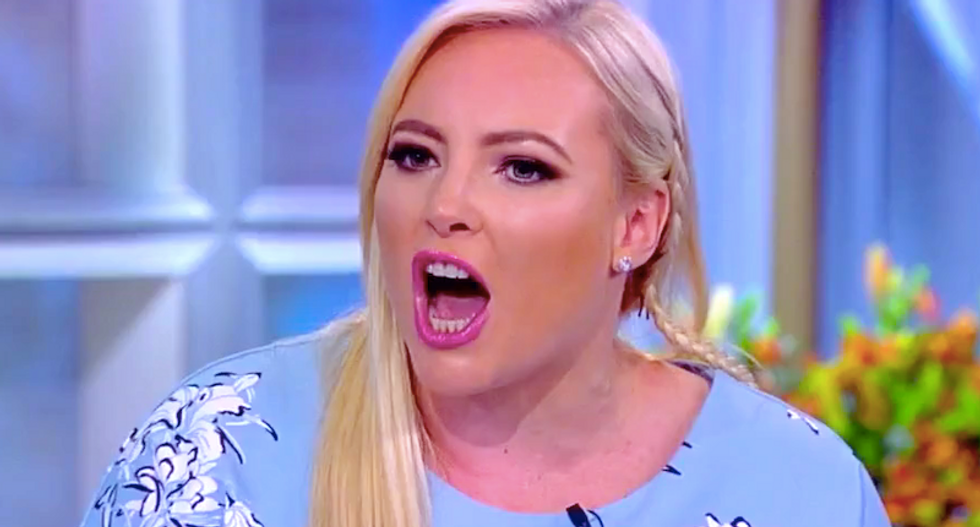 Meghan McCain is getting sick of the negative attention she receives for her behavior on "The View," according to a new report, but she's unlikely to leave the hit TV talk show.

The conservative co-host is reportedly unhappy working on the show, but a source told Entertainment Tonight that she's not ready to give up on all the drama.

"Meghan hates the negative attention the show has brought to her lately and every day feels like she is going to war," the source said. "She certainly is valued for some of her opinions. All the drama keeps the show a ratings hit so, despite her behavior, it won't likely put her job in jeopardy."

"She does not want to leave the show because she knows it is such a great platform for her," the source added. "She always acts like she wants to leave but that's just her using her muscle because she’s a draw for the ratings."

The 34-year-old McCain frequently argues with host Whoopi Goldberg and panelist Joy Behar, and sources have said co-hosts and producers alike are getting sick of her obnoxious behavior off camera -- but the ET source defended her.

"Meghan is in a tough position," that source said. "She has a completely different view from the others and she isn't willing to acquiesce. Joy and Whoopi aren't offended by her standing her ground, because that's part of the show. But Meghan also fights back harder than the other hosts would like."

However, those on-camera squabbles have raised tensions on the set.

"The other hosts don't appreciate how she handles their disagreements," the source said. "She crosses so many lines because she says exactly what's on her mind and she doesn’t care which of the hosts she offends. She clearly isn't trying to make friends."