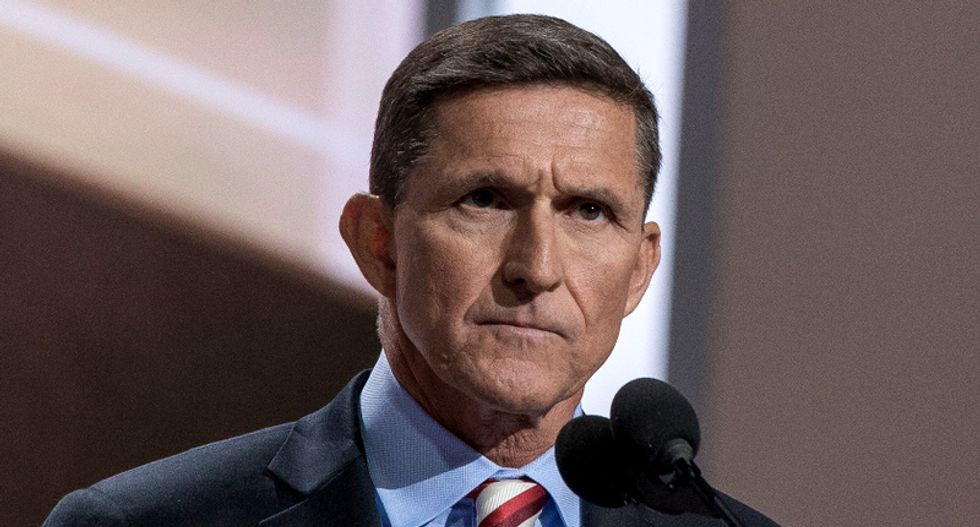 According to a report at the Daily Beast, former Donald Trump national security adviser Michael Flynn has grown increasingly uncooperative and hostile in his dealings with federal investigators and maybe putting a plea deal he agreed to in jeopardy.

The report states that Flynn's truculent attitude toward his prosecution over ramped up right after the Mueller report was released.

"Flynn cut a deal with the special counsel’s office in December 2017 on charges that he lied to the FBI about his conversations with the former Russian ambassador to the U.S," the Beast reports. "To date, he remains the most senior member of the Trump orbit to have flipped on his former boss. In a sentencing memo, prosecutors praised Flynn’s cooperation with the government as 'particularly valuable' both because of his seniority in the Trump campaign and because his early decision to cooperate likely influenced other witnesses in the case to do the same."

Now, however, Flynn is refusing to cooperate in the trial of his former associate, Bijan Kian, who has been charged with illegally lobbying on behalf of the Turkish government.

"Prosecutors who once praised Flynn’s cooperation now appear to be playing hardball with their former star witness, putting a question mark over the lenient sentence they had advocated for him," the Beast reports, with ex-federal prosecutor Paul Pelletier saying, "Flynn is playing 'a dangerous version of Turkish Roulette with the government.'"

According to Pelletier, "if the government can’t get Flynn to cooperate to its liking in the Kian case, it can still use his reluctance to seek a stiffer sentence against him on charges that he lied about his communications with Russian officials."

The report goes on to state that the prosecutors announced last week that they intend to call Flynn’s son, Michael Flynn Jr., to the stand -- which has been a sore point for the elder Flynn who reportedly originally became receptive to his plea deal if his son was kept out of the proceedings.