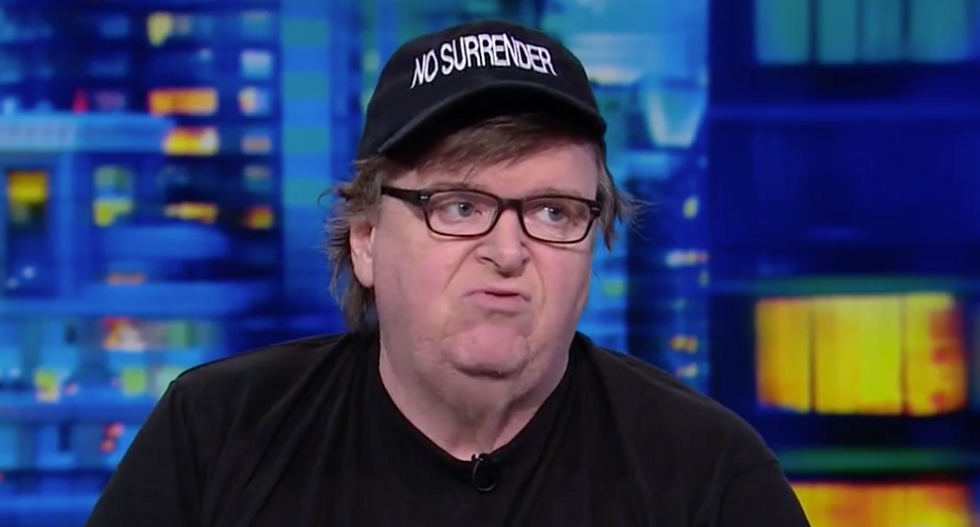 Filmmaker Michael Moore on Thursday urged Democrats not to make the mistake of trying to win back white voters who will never leave the Republican Party.