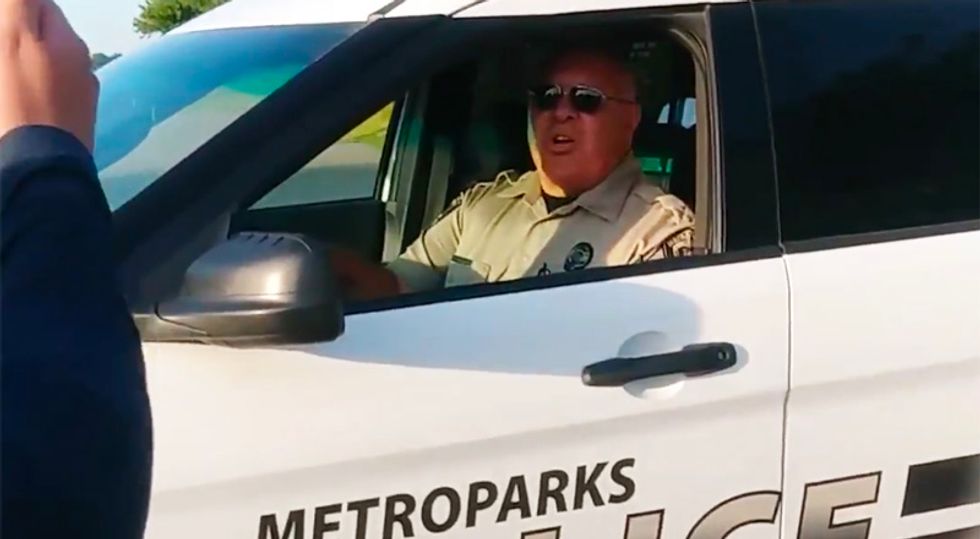 Authorities in Brownstown, Michigan are investigating a local police officer after multiple witnesses heard him tell an Arab-American family to go back where they came from, reports WXYZ.

The altercation occurred on the Fourth of July and began after the officer had words with a father and his child who were making their way into a local park.

As the two walked away, witnesses heard the cop-- who later identified himself as Officer Gillespie -- make the racist comment only to be called out by another man who was also entering the park.

According to Frank White who posted the video to Facebook, "So this happened yesterday at the (WAVEPOOL)as we made our way to our cars I noticed an (Arabic) Man really upset with the MetroParks Police "officer" so I started recording. As the Man walked away with his daughter the MetroParks officer says 'GO BACK TO WHERE YOU COME FROM' My son Frankie heard him say it, and yells to the Man, what he just had heard. The officer tried to play it off by saying he meant go back to Illinois."

According to WXYZ, the police chief has confirmed there will be a complete investigation of the incident based upon the video.