Mitch McConnell doesn't care whether Alex Acosta is shoved out or not: I defer to the president 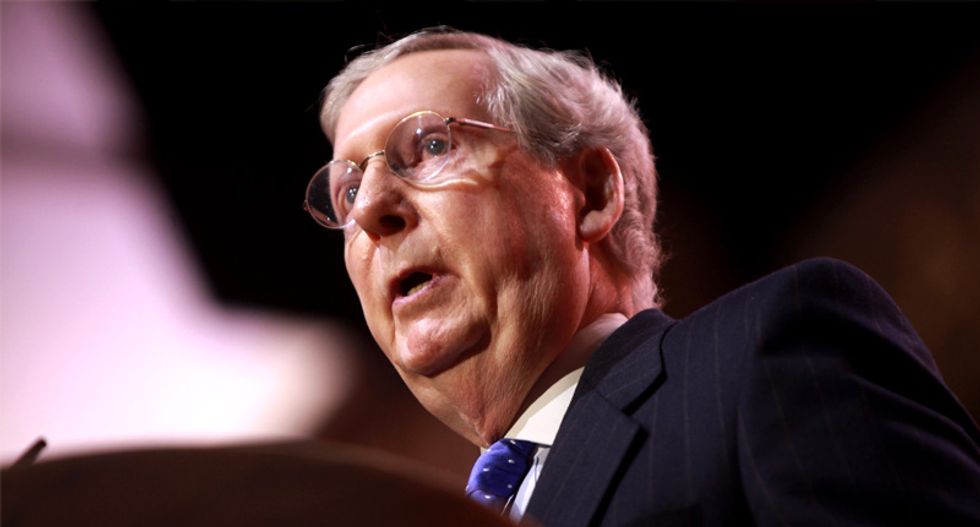 Senate Majority Leader Mitch McConnell (R-KY) refused to weigh in on whether Secretary of Labor Alexander Acosta should step down.

"Well, there’s no question that the accusations against Epstein are horrendous," McConnell told reporters on Tuesday. "And I think it's good news they're being pursued further. As to Secretary Acosta’s continued service, to serve at the pleasure of the president, and I’m inclined to defer to the president to make that decision."

MSNBC host Peter Alexander noted that McConnell's comments were "hardly a ringing endorsement" but stopped short of being criticism as well.

Acosta is facing criticism over a 2008 plea deal he helped negotiate as a U.S. attorney in Miami, which allowed accused child sex trafficker Jeffrey Epstein to plead guilty to two charges of felony prostitution and receive a sentence of 13 months in prison.