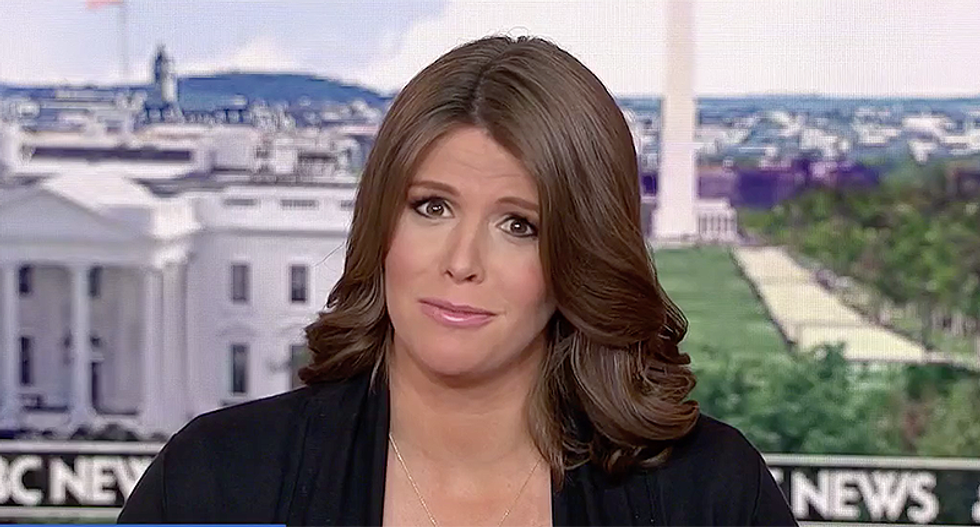 President Donald Trump appeared to not have any idea what post-war "liberalism" is in western democracies and MSNBC couldn't help but point out how pathetic it is.

Prior to Trump meeting with President Vladimir Putin, the Russian leader made a comment about the "liberal idea" having "outlived its purpose." When a White House reporter asked Trump to comment on "western liberalism after the great wars," Trump didn't know what it meant.

"Well, again, he may feel that way," Trump said in the press conference. "He sees what's going on. I guess, if you look at what's happening in Los Angeles, where it's so sad to look, and what's happening in San Francisco, and a couple of other cities which are run by an extraordinary group of liberal people -- I don't know what they're thinking. But he does see things that are happening in the United States that would probably preclude him from saying how wonderful it is."

MSNBC host Kasie Hunt said that it appeared Trump mistook "western liberalism" for "west coast liberals." She chuckled as she explained it.

Putin has long opposed western liberalism, which is taught as early as middle school in civics class, and enhanced in college political science classes with the reading of John Locke and John Stuart Mill. "The West" is not California, as Trump thinks, but America and Europe, who joined forces after the war with a strong NATO alliance. Putin has long opposed NATO and worked to convince Trump to pull out of the alliance.

"Well, watching that clip, it seems like the president absolutely did not understand the distinction that he was being asked about sort of American values of democracy and market economies and individual liberty," MSNBC's Ashley Parker said about the foundations of the "western liberalism" Trump seems clueless about. "And he seemed to confuse that phrase with sort of chardonnay swirling oatmeal-drinking, coastal liberal elites. That's certainly the way that he answered the question and I feel like that speaks for itself, frankly."

In his harrowing book, "The Retreat of Western Liberalism," Edward Luce, wrote of a frightening warning: “Western liberal democracy is not yet dead,” he writes, “but it is far closer to collapse than we may wish to believe. It is facing its gravest challenge since the Second World War. This time, however, we have conjured up the enemy from within. At home and abroad, America’s best liberal traditions are under assault from its own president. We have put arsonists in charge of the fire brigade.”

The New York Times reporter who asked Trump the question seemed to try and couch it with an explanation that it was about "western liberalism" and even cited it as a "post-war" philosophy. Still, Trump had no clue, prompting the reporters to laugh their way through the humiliating ignorance on display.