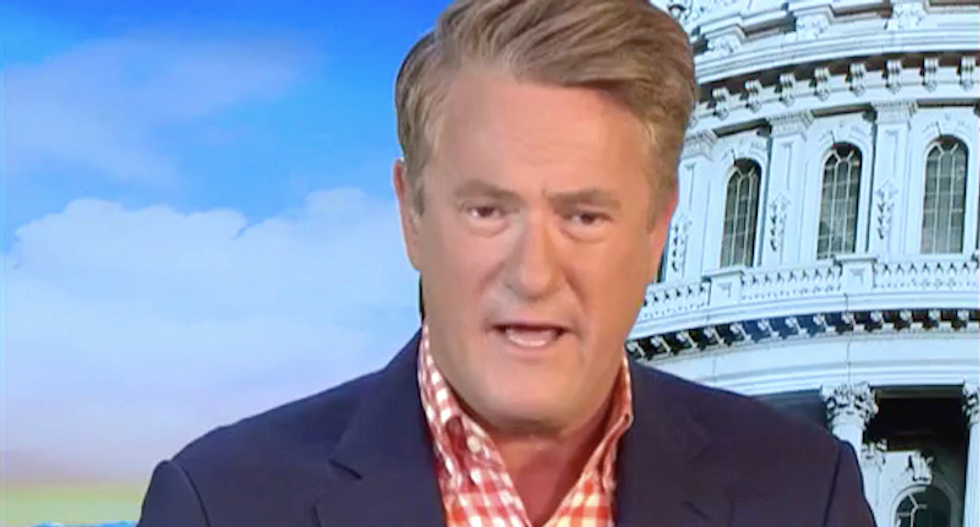 The "Morning Joe" host said Trump's recent attacks on those first-year lawmakers had followed a familiar pattern, but Scarborough warned the president had taken those racist provocations to a new level by suggesting that people of color aren't capable of loving their country.

Scarborough said the president and his "mob" of supporters were feeding off one another's hatred and fear, and he said things were only getting worse.

"This is what he does all the time," Scarborough added, "but he usually ends up on the most racist position possible, and that's what he's done here, too. By the way, he's turned it up, he's turned it up a notch -- the racism and the hatred and the nativism and the xenophobia. This isn't just -- this isn't 'Groundhog's Day,' this is a new level of racism and hatred, brought to you by Donald Trump and the Republicans who enable him."