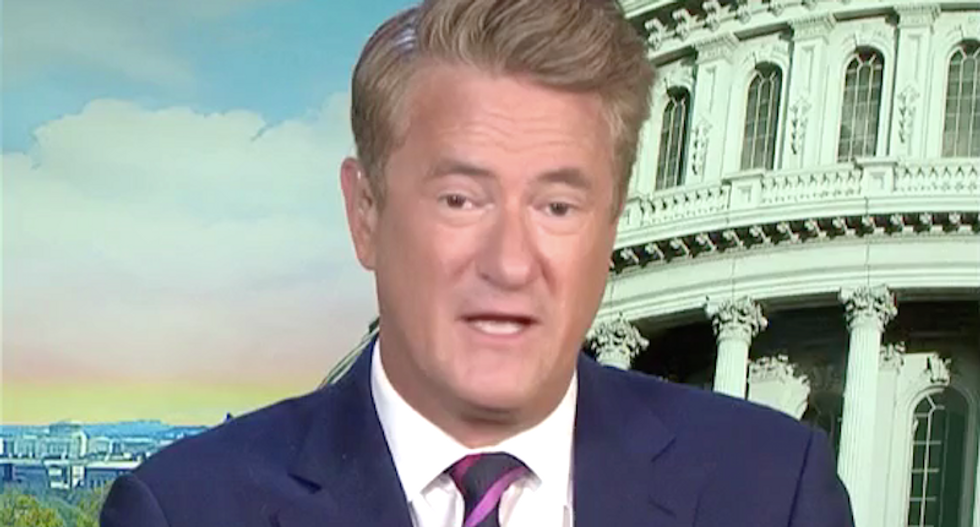 MSNBC's Joe Scarborough lamented the degradation of evangelical Christianity in the service of President Donald Trump.

The "Morning Joe" host said conservative Christians were willing to trade away their religious values to back Trump in hopes of packing the courts with right-wing judges.

"What a bitter, bitter irony that you have a political movement that you now have a subset of the church," Scarborough said, "that is so obsessed with the appointment of federal judges over the treatment of young children, worried about the unborn and seemingly dismissing how children are treated, how infants are treated, how toddlers are treated, how these children on the border are being abused."

"There is no doubt, and I know this as someone who grew up in the Southern Baptist Church. there is no doubt that the single motivating factor overriding almost every other factor is the appointment of federal judges. So the appointment of federal judges now trump actually what Jesus writes about in Matthew 25, talks about in the Gospels about taking care of the poor, the disadvantages, the hungry, the thirsty."

A year-old poll has made the rounds in recent days, showing that only 25 percent of white evangelicals believe the U.S. has a responsibility to accept refugees -- which Scarborough said violates the teachings he grew up with in the church.

"That should be shameful," Scarborough said, "to those evangelicals saying they don't have the responsibility to give a cup of water in Jesus's name. All the things, again, that you can read (in) Matthew, Mark, Luke and John, all the things they supposedly supposedly were taught their entire life they are throwing to the side because of the appointment of federal judges. It is that simple, it is that simple. That is the overriding factor, and it's shameful."

"It didn't just start with Donald Trump," he added. "This was also the case with George W. Bush. I told you the story of a pastor I knew in Pensacola who had to sit down during the W years and actually tell people in his church that you can be a christian and still not support George W. Bush. The merger of politics and religion has really infected the church, and it's, of course, the church that's going to pay for it in the long run."