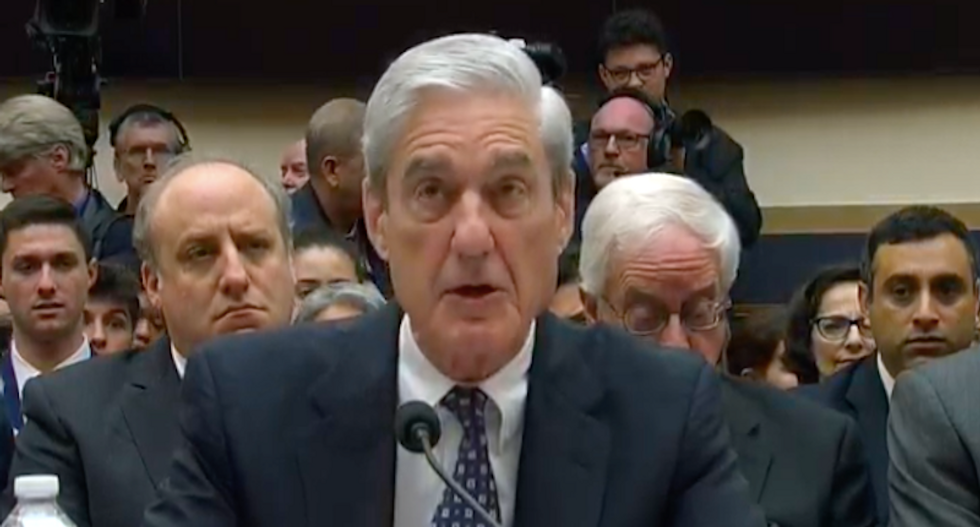 Special counsel Robert Mueller will not address questions about the origins of the investigation into Trump campaign ties to Russia.

Republicans were expected to question Mueller to find out how the FBI started its investigation into Russian efforts to hack Democratic officials in an effort to aid Donald Trump's presidential campaign.

But Mueller cited an investigation authorized by Attorney General William Barr, ordered by the president, into the origins of that probe.

Trump and his Republican allies have asserted the probe, and a resulting FISA warrant, was based on opposition research conducted by former British spy Christopher Steele, but Mueller told lawmakers he could not answer their questions about that investigation because the Justice Department was looking into it.

"The department has released a letter on instructions on my testimony," he said. "I therefore will not be able to answer questions on certain areas that I know are of public interest. For example, I am unable to address questions about the initial opening of the FBI’s Russia investigation which occurred months before my appointment or matters relate today the so-called Steele dossier."

"These matters are subject of ongoing review by the department," Mueller added. "Any questions on these topics should therefore be directed to the FBI or the Justice Department."