Nativist rhetoric is nothing new -- but ideas once considered fringe are now being absorbed into the mainstream. 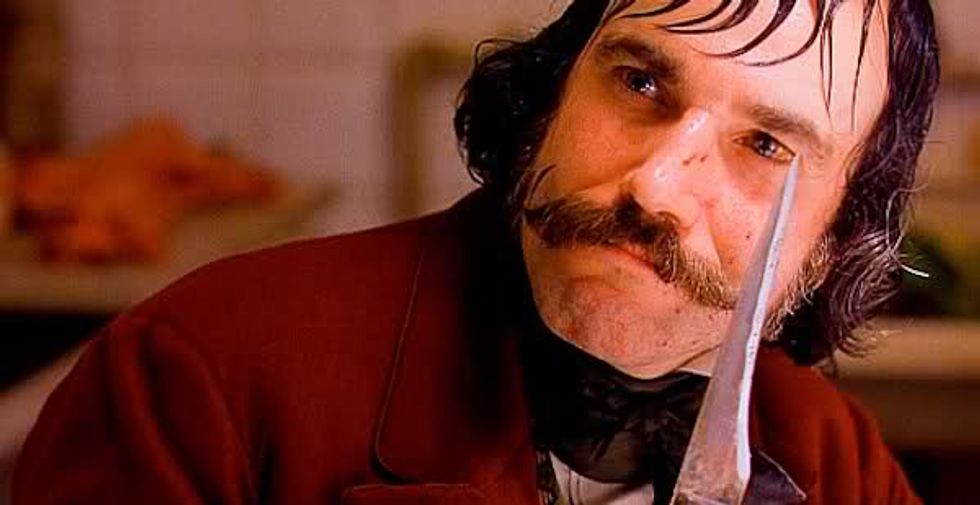 In one of the less discussed but still enjoyable moments of the final season of Game of Thrones, Tormund Giantsbane, the leader of the free folk, and Edd Tollett, the lord commander of the Night’s Watch, bump into each other among the ruins of a castle destroyed by the notorious White Walkers. “Stay back, he’s got blue eyes!”, shouts Edd, suspecting that Tormund has been turned into a White Walker – zombies who are distinguishable by their trademark icy blue eyes. “I’ve always had blue eyes!”, Tormund shouts back angrily, before the two old friends greet each other.

Call it professional conditioning if you will, but this scene reminded me of the current hype surrounding the so-called revival of ethnic/nativist nationalism in Europe and the United States. “Nationalism’s largely unpredicted resurgence is sobering”, writes Gideon Rose in his introduction to a recent special issue of Foreign Affairs emphatically titled “The New Nationalism”. This is the tune whistled by the contributors to the volume as well as an ever-expanding chorus of experts. Each cites the same roster of names – Donald Trump, Nigel Farage, Marine Le Pen, Matteo Salvini and Viktor Orbán – to justify their claims. And yet the history of nationalism tells us a different story.

Nationalism was resurgent in the 1930s in fascist Italy and Nazi Germany and again in the 1960s as decolonisation movements emerged in Asia and Africa. In the 1990s during the collapse of the Soviet Union, nationalism flared up as communist regimes fell. In the early 2000s, far-right parties like Pim Fortuyn’s List in the Netherlands, and Jörg Haider’s Freedom Party in Austria (FPÖ) scored their first electoral victories.

Even when not at the forefront of newspaper headlines, nationalism continued to be the framework of international relations and a readily available cognitive mechanism to distinguish “us”, fellow nationals, from “them”, nationals of other countries and minorities, refugees and migrants. In the words of the liberal philosopher Isaiah Berlin: “In our modern age, nationalism is not resurgent; it never died.”

Does this mean that what we are witnessing is nothing but misplaced collective hysteria? Of course not. On the contrary, we should all be worried, not because ethnic/nativist nationalism is resurgent, but because it has been mainstreamed and sterilised. Policies that were the exclusive preserve of the far right have become part and parcel of the programmes of the centre right and the centre left. As a result, divisive nationalist rhetoric that was once considered beyond the pale has been whitewashed. It is casually and recklessly deployed by the very people – the centrist politicians and technocrats – who are lamenting the nationalist “comeback”.

Take the case of Danish Social Democrats. They emerged as the first party in June 5 elections after taking a massive swerve to the right, distancing themselves from their more traditionally centre-left policies.

They have adopted an ethnic/nativist nationalism, supporting the creation of “ghettos” in deprived neighbourhoods where over 50% of residents have non-Western nationality and harsher punishments for certain types of offences committed in those “ghettos”. The party has even backed the notorious “jewellery law” which allows Danish authorities to confiscate cash and valuable items from migrants and asylum seekers at the border.

Or consider Sweden, where the traditionally pro-immigration Social Democrats set up provisional border controls to appease the far right Sweden Democrats. And then there’s Germany, where the parliament has just approved a controversial package of bills which facilitates the deportation of failed asylum seekers. Far-right parties don’t have to be in power – their ideologies and policies already are.

The Anglo-Saxon world is no exception either. Nigel Farage, a man who feels uncomfortable when he hears people speaking in languages other than English on a London train, is leading a party that poses a significant electoral threat to the party of government. Whether or not the Brexit Party becomes the second largest party in any forthcoming election, it is certainly driving the national agenda.

And Donald Trump who promotes an almost racist form of nationalism which portrays Mexicans as “rapists” or Muslims as “terrorists” has a real chance of securing a second term in the White House in 2020.

There is cause for alarm, not because there has been a sudden surge of White Walkers, but because White Walkers are now among us, everywhere. And if we don’t fight back, they will turn all of us into blue-eyed zombies. Even the invincible Tormund Giantsbane.