Pastor claims he was sucking demons out of sexually assaulted men 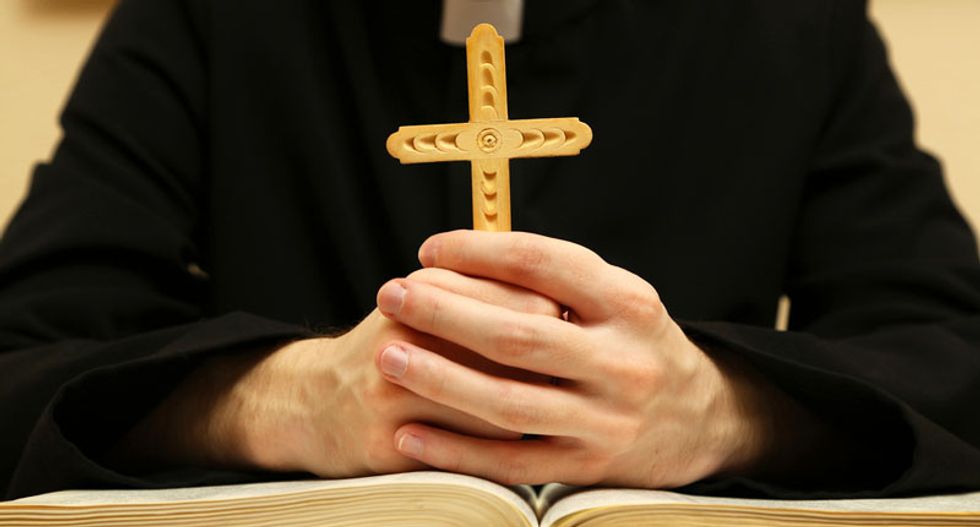 Multiple victims have come forward to accuse a New Jersey pastor of sexually assaulting them as part of exorcism rituals.

"Three men have come forward claiming Rev. Dr. William Weaver performed sex acts on them when they came to him for private counseling at Linden Presbyterian Church," Newsweek reported Thursday. "Weaver, 69, would allegedly tell the men that he needed to 'suck' out demons through their semen, citing Native American rituals and a verse from Ephesians telling Christians to 'put on the full armor of God.'"

"According to impact statements the men submitted to the Presbytery of Elizabeth, which has jurisdiction over the church in Linden, Weaver would order each to strip naked and lie down. Then he would place an "angel coin" on their foreheads and have them balance stones on their hands and ankles. Weaver would then allegedly perform oral sex on them," Newsweek reported.

"I refuse to stay silent any longer. I need to make sure that this never happens to anyone else ever again," one man wrote.