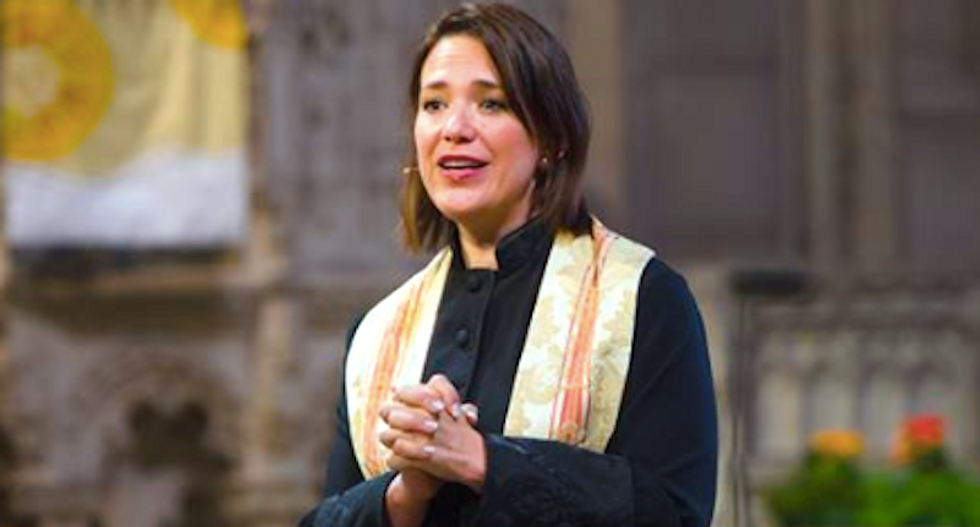 A Manhattan pastor who gained fame for speaking out against sexual harassment stepped down after buying sex toys as presents for ministers and a congregant.

The Rev. Dr. Amy Butler, the first woman to lead the borough's Riverside Church, faced complaints after taking two assistant ministers and a congregation member on a shopping spree at the Minneapolis sex shop Smitten Kitten and giving unwanted items to them as gifts, reported the New York Post.

The woman accepted the birthday gift because she was afraid to say no.

None of the other members of the church group wanted to visit the store and the man told Butler they were uncomfortable.

Butler assured the group they did not have to go, but they said they "felt pressured" to join the senior minister and feared professional retaliation.

A source familiar with the investigation said Butler and the church agreed to part ways after the complaints.

Butler wrote an essay last year for the Baptist News Global website titled, “From #MeToo to #ChurchToo to #NeverAtChurch,” alleging that a man "lay leader" at Riverside had behaved “inappropriately” toward her and other female staffers.

The minister said she decided to come forward with her complaint to prevent the man from harassing other women.

"I was suddenly aware that the lessons I had learned my whole life — lessons of 'just get used to it' and 'experiences like this are part of being a woman in leadership' — should not be a posture we assume in a community that claims to follow in the way of Jesus Christ," Butler wrote.

Butler had been senior minister at the liberal Riverside Church since 2014, and her five-year contract expired June 30.