Photo shows Trump dining on Monday with billionaire charged with prostitution — and it’s not Jeffrey Epstein! 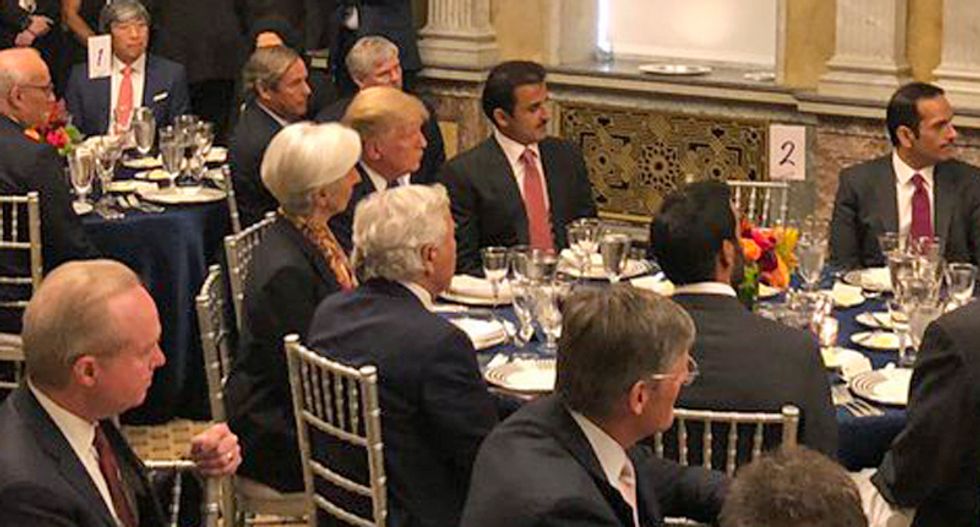 President Donald Trump dined on Monday with a controversial billionaire recently charged with prostitution, but it wasn't his longtime friend Jeffrey Epstein.

At Steve Mnuchin's dinner for the Emir of Qatar, Trump sat at the same table as New England Patriots owner Robert Kraft.

In February, Kraft was charged for prostitution in Florida.