Ray Donovan, the US special agent who obsessively pursued 'Chapo' 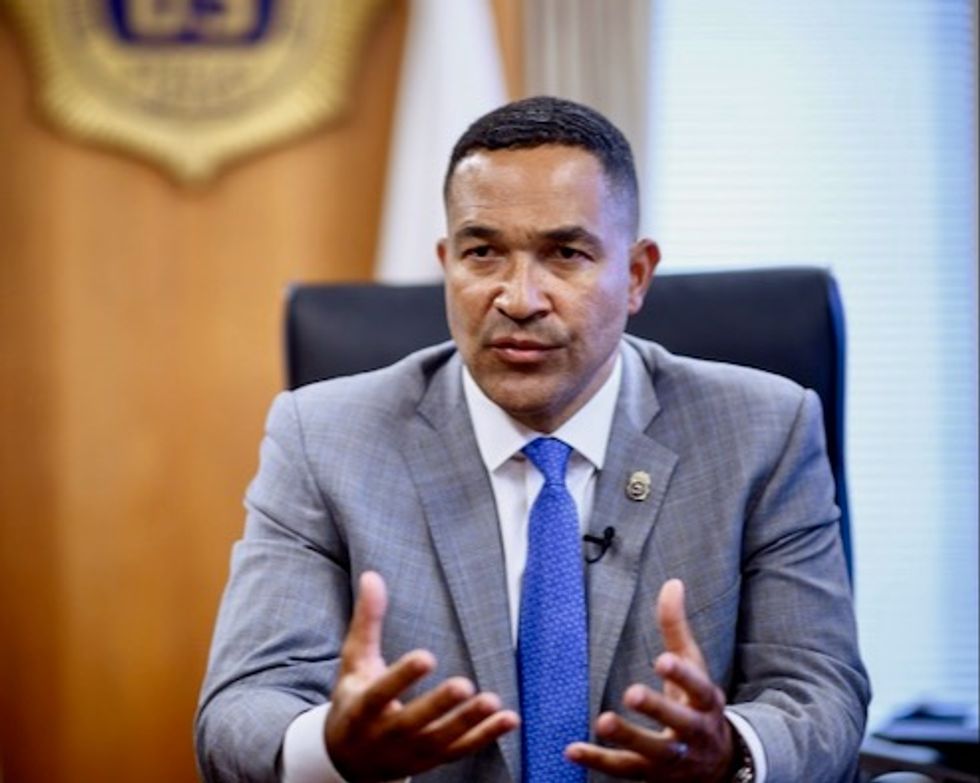 Seven years ago, US special agent Ray Donovan began an in-depth study of the Joaquin "El Chapo" Guzman saga -- and it quickly became an obsession.

Now, the tall, 48-year-old New Yorker displays behind glass in his office the beige T-shirt that prisoner 3912 -- Guzman, the former head of the Sinaloa cartel -- wore when he was extradited from Mexico to the United States on January 19, 2017.

Guzman -- considered the most powerful drug lord on the planet after Colombian Pablo Escobar was killed in a police shoot-out in 1993 -- has been sentenced to life behind bars, nearly two decades after he first escaped from a Mexican jail in a cart of dirty laundry.

It took a massive team and years of work that saw Donovan manage to identify Guzman's suppliers and partners, along with hitmen, lawyers and lovers -- intel that led to captures in 2014 and 2016.

According to Donovan, the New York chief for the Drug Enforcement Administration (DEA), he now even knows how the kingpin thinks.

"To go after the highest level drug trafficker in the world is always a dream of every agent," he told AFP from his office in the Chelsea neighborhood.

"I don't think many people thought that we would capture him," Donovan said. "There is this myth that he was almost untouchable."

But "there was a team of people that absolutely believed that if we put everything together and we pursued him relentlessly, we would capture him."

PGR/AFP/File / HO Joaquin "El Chapo" Guzman -- considered the most powerful drug lord on the planet Colombian after Pablo Escobar's death -- is now sentenced to life behind bars, nearly two decades after he first escaped from a Mexican jail in a cart of dirty laundry

In February 2014 as head of the DEA special operations division in Virginia, Donovan oversaw the operation that led to Guzman's arrest in the Pacific beach resort Mazatlan, in the crime boss' home region of Sinaloa.

But "El Chapo" escaped yet again that July -- this time through a 1.5 kilometer (one mile) tunnel.

"We felt very defeated, because we had put such a tremendous amount of effort in pursuing him," Donovan said.

"They're the crown jewels," he said of that force. "They are Mexican national heroes."

"If it wasn't for them, and their partnership, their willingness to collaborate with us -- there's no way El Chapo would be in Colorado today."

It took coordinated effort between 22 different US government agencies and Mexico, hundreds of people who Donovan said "put their egos aside" in pursuit of a common goal: arrest the drug lord accused of trafficking or attempting to move more than 1,250 tons of drugs stateside over a quarter-century.

The special agent said that "El Chapo" was also "very influential in exposing the United States to fentanyl," lacing heroin with the potent and often fatal drug and helping to foster the current opioid crisis.

Donovan's next target is "RCQ" -- Rafael Caro Quintero, the co-founder of the now-disbanded Guadalajara Cartel -- who in 1985 ordered the murder of DEA agent Enrique "Kiki" Camarena in Mexico after performing blood-curdling torture on him.

There is a $20 million reward for information leading to Caro Quintero's capture.

"Until he's apprehended, DEA will not stop. He's number one. He is our priority," Donovan said.

He said that after Guzman -- who "had a lot more resources at his disposal than RCQ" -- he is confident the agency will get their hands on Caro Quintero.

Donovan would not say if Caro Quintero continues to traffic drugs, but believes the wanted boss is hidden in Mexico.

Donovan said evidence of Guzman's guilt is so overwhelming that if the government presented all of it during court proceedings it would have taken eight months, versus three.

Though the Sinaloa cartel is still active and controls drug distribution into the US, Donovan said Guzman's capture provides a blueprint going forward.

"From that we also developed a relationship, a model to pursue every other drug trafficker, not only in Mexico but worldwide," he said.

Donovan said extraditing criminals, which the US has done for years from Colombia, is the way to go in Mexico and elsewhere: "The one thing that these drug traffickers fear more than anything else is the American judicial system."

Caro Quintero, for example, was arrested in 1985, tried in Mexico and sentenced to 40 years in prison.

But in 2013, a judge released him on a legal technicality, and by the time he was ordered recaptured, the drug baron had disappeared.

Guzman's imprisonment is less about the so-called US "war on drugs" and more about serving justice, Donovan said.

"In the DEA we don't see a war on drugs, we see federal crimes," he said.

"It's satisfying to know that justice has been served."