'Reporter's hat off': CNN's April Ryan gets personal in scathing take down of Trump for attacking Baltimore 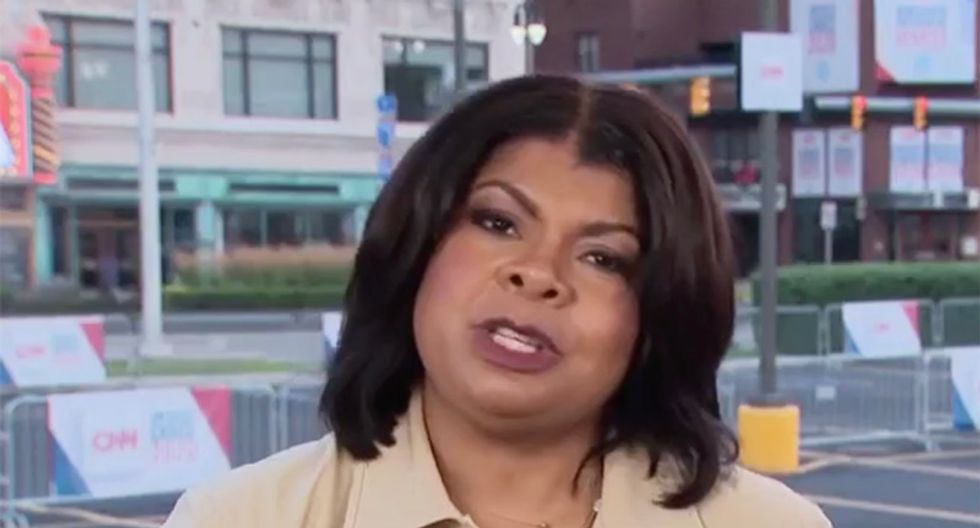 Sunday morning, CNN's April Ryan --who is a native of Baltimore -- raked Donald Trump over the coals for his racist attack on Rep. Elijah Cummings (R-MD) and Baltimore in very personal terms.

One morning after CNN's "New Day" host Victor Blackwell, also born in Baltimore, delivered a passionate defense of the city during an emotional commentary, Ryan said "Reporters hat off," and scorched the president for his comments.

Jumping off from Trump's comments calling the city both rat and crime "infested," Ryan began, "Victor, bear with me for a minute -- to talk about infested, infested.?Mr. President, where's your urban plan for Baltimore and cities like Baltimore? Don't talk about it, be about it."

"This is now the reporter's hat off because this is ridiculous," she added. "On top of that, it's infested. You're living in a [White] House infested with mice. You, Mr. President, are living with a house infested with mice, stink bugs and everything else. You talk about where you live, what's running across your covers at night."

"If you want to get into the history of the word infested, let's talk about the word infested when it was used against our Jewish brothers and sisters during the Holocaust," she continued. "There are awful references that this president is making. and it needs to stop. This president said last week or two weeks ago when this -- all of this Squad issue came up --- that he enjoys this. He's enjoying it at other people's peril and it's not right. If he's the moral leader and the leader of this nation, it's not right."