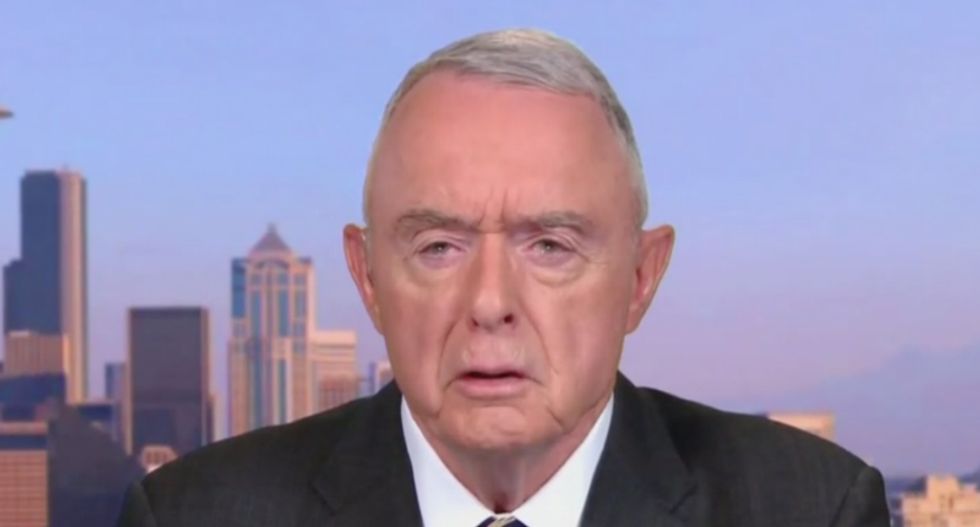 Appearing on MSNBC on Saturday morning, former General Barry McCaffrey lashed out at Donald Trump for "hijacking" the Washington, D.C., Fourth of July celebration for his own purposes.

Speaking with host David Gura, the retired general said he appreciated how the military hardware was given its due -- but not how it was misused by Trump.

Asked by Gura what the event said to him, McCaffrey got right to the point.

"Part of it says nothing has changed," the retired general said. "Mr. Trump hijacked an event with a sort of a narcissistic display for his own political purposes."

"It was essentially a long, badly delivered patriotic speech with the military theme with the flyover, the notion of tanks rolling through D.C., there were two M1 tanks and by the way, and you're never going to talk to someone that loves M1 tanks more than me," he continued. "So it actually was an okay event and there's military displays all over the country and flyovers in particular, mass parachute jumps."

"So the real thing was this is the first time in my memory we've had an angry Fourth of July which is sort of commonplace now dealing with the president," he concluded.