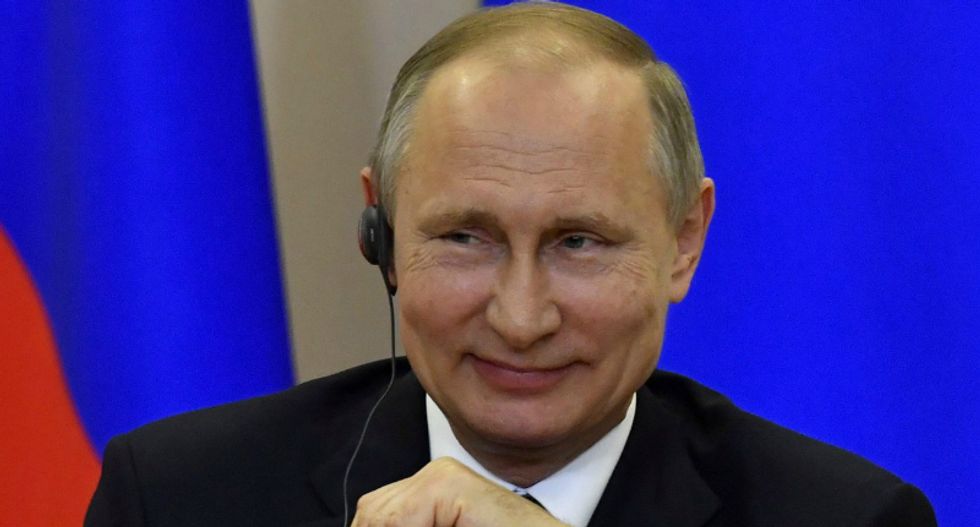 According to a report from the Daily Beast's Russian media expert, anchors on Russian state media reacted with glee after watching the House committee hearings featuring ex-special counsel Robert Mueller.

Julia Davis reports that reporters at Kremlin-backed outlets were amused that two hearings were disrupted by Republican lawmakers spouting conspiracy theories that kept Democrats from painting a portrait of Russian collusion with Donald Trump's presidential campaign.

"In an unusual twist, Russian state television evaluated the content of the hearings more honestly than Republicans and their pet networks in the United States, albeit with maximum snark," Davis reported.

“Robert Mueller testified that his report did not exonerate President Donald Trump of possible crimes and acknowledged the possibility that Trump might be prosecuted in the future. Additionally, Mueller reaffirmed the charges against Russia for its election interference,” stated the anchor of Russia’s leading TV channel, Rossiya-24, with Olga Skabeeva, host of Russian state TV program Vesti jumping in to laugh and add, "They’ve been questioning Mueller for four hours—four hours. We didn’t find out anything new.”

Equally enjoyable to the Russian media personalities, Davis reports, is a CNN poll that shows zero percent of those polled brought up Russian election interference as a top-tier issue in the 2020 election.