'She was kind of good': MSNBC's Morning Joe and Mika blown away by Marianne Williamson's anti-Trump tone 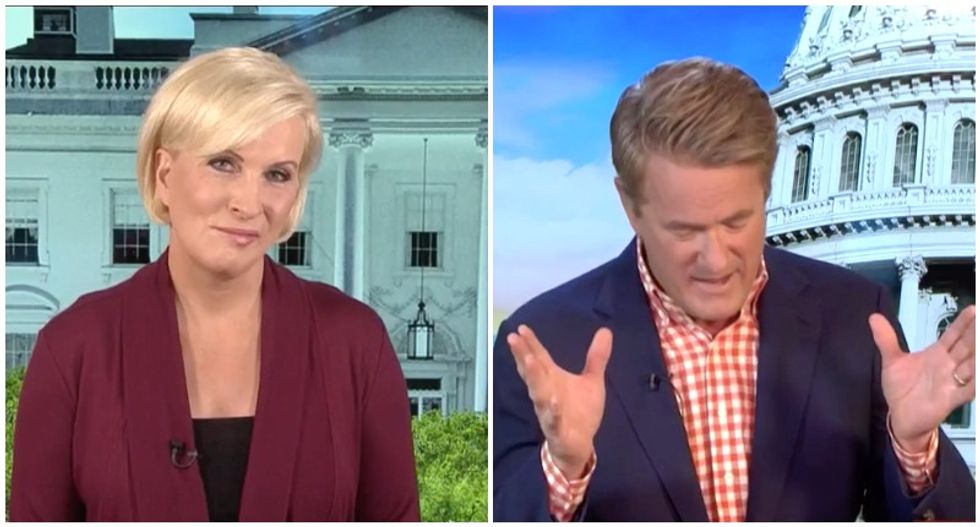 MSNBC's Joe Scarborough and Mika Brzezinski don't give Marianne Williamson much of a shot at winning the Democratic presidential nomination, but they urged other candidates to adopt the broader themes of her message.

The self-help author and motivational speaker drew rapturous applause as she warned that Democratic "wonkiness" was no match for the "dark psychic force of the collectivized hatred" that President Donald Trump had summoned in American politics, and the "Morning Joe" hosts were impressed.

"I am surprised, I'm going to say this, but actually she gave some of the best political advice any Democrats could give because we're sitting here, again, it's a wonky discussion about 'Medicare for all' vs. mending Obamacare," Scarborough said. "Very, very important, but that's not where voters are right now. Voters are scared, they're scared of Donald Trump."

Scarborough believes voters wanted a candidate who could articulate their fears, and he said Williamson reminded him of some talented politicians who each went on to serve two terms in the White House.

"Ronald Reagan was brilliant at it, Bill Clinton was brilliant doing it," he said. "Barack Obama, the same. They want somebody that rises above Brookings Institute vs. Heritage Foundation policy battle to talk about the bigger battle against racism, against bigotry, against all the things that Donald Trump has done to push this country to the edge."

"I think she was kind of good," she said. "Like, right there, up there with the other candidates."

"Seriously, the reaction is similar to anything we had," Brzezinski said, "it's like, wait a minute, who is this lady, she's pretty good. Like, searching her and going, you know, where has she been all of our lives? I'm not sure she's going to end up making it to the top tier, having said that, she was impressive."

Scarborough agreed her message was something voters could easily understand.

"I don't think it's such a bad thing for the Democratic Party to have somebody who can go there," he said, "out of 10 candidates, out of 20 candidates, and speak more generally about the challenges that are gripping the country. So again, she's, I'll just say it, she's not going to probably go anywhere in any of the primary contests, but certainly I think she got the tone right."

President Joe Biden is testing whether he can bring sweeping changes in Afghanistan, including a potential government involving the Taliban, in a high-risk strategy as he weighs whether to honor a May deadline to end America's longest war.

In a letter leaked to Afghan media over the weekend, Secretary of State Antony Blinken encouraged Afghan leaders to consider a "new, inclusive government" and proposed that talks take place within weeks in Turkey to seal a peace deal with the Taliban.