Sorry, Republicans — Bernie Sanders did not attack Baltimore the way Trump did 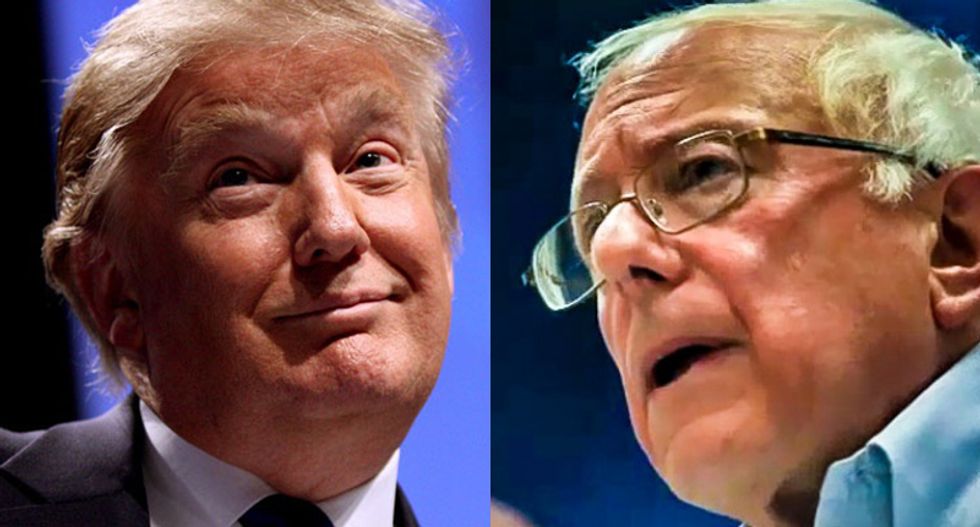 Donald Trump has never visited Baltimore as president, despite living less than an hour away from that historic city. That did not stop him from launching a multi-day attack on Charm City by way of its most prominent congressional representative, Democrat Elijah Cummings. The president was apparently inspired by a Fox News segment attacking the House Oversight Committee chairman for his criticism of the Trump administration’s treatment of migrants in U.S. detention facilities — and in particular Cummings' attack on acting Homeland Security chief Kevin McAleenan in a hearing that yielded a viral video.

Trump tried to deflect this by focusing on the undeniable chronic blight that plagues parts of West Baltimore, which Cummings represents. (His district also includes more middle-class neighborhoods, some in largely white suburbs.) So Trump sent out a series of tweets, as he is wont to do, piling on Cummings by claiming “no human being would want to live” in his district, which has more than 1.2 million residents, all of them presumably human beings.

When Trump’s attack on Baltimore, a majority-black city, as “rat and rodent infested” were roundly called out as racist, his re-election campaign and other defenders found a new way to deflect, calling out Sen. Bernie Sanders with a classic case of whataboutism. Fox News was one of the first outlets to point to the Vermont senator’s 2015 comments about some buildings in West Baltimore being “uninhabitable” as a way to defend Trump. The president again jumped on the lead to smear his potential 2020 presidential opponent as the real racist.

After touring the West Baltimore neighborhood where Freddie Gray was arrested before dying in police custody earlier that year, Sanders noted that “America is the wealthiest nation in the history of the world. But anyone who took the walk that we took around this neighborhood would not think you're in a wealthy nation. You would think that you were in a Third World country. What we're talking about is a community in which half of the people don't have jobs. We're talking about a community in which there are hundreds of buildings that are uninhabitable. We're talking about a community where kids are unable to go to schools that are decent."

"We spend $80 billion a year locking people up," Sanders added. "We wouldn't have to do that if people had jobs and if people had an education."

Trump and his defenders on Fox News of course ignored the context that spurred Sanders’ comments and the fact that he offered a reasoned and nuanced solution that none of Trump’s tweets ever mentioned, even though the only African American in his Cabinet, Housing and Urban Development Secretary Ben Carson, is also from Baltimore. Trump’s own 2015 comments, in which he tweeted that Baltimore’s problems were President Obama’s fault and with “proper leadership” Trump would “bring both sides together,” and that “fix it fast,” have also been swept down the memory hold.

While Sanders advocated on behalf of the people of Baltimore, after witnessing the problem first-hand, Trump is laughing at their struggle with language like "infested." Sanders was speaking about Baltimore from data-driven place, rather than from Trump's instinctual racism. Perhaps it is relevant that Cummings' committee released a report concluding that “with regard to Saudi Arabia, the Trump Administration has virtually obliterated the lines normally separating government policymaking from corporate and foreign interests."

Trump's primary motive is to extend his divisive diversions for another day or two to mitigate congressional investigations that bring bad news for his administration. He quadrupled down on his seemingly record-amount of Twitter racism in July when he claimed that the Rev. Al Sharpton, who traveled to Baltimore on Monday, “Hates Whites & Cops!” But while attempts to fact-check him feel increasingly futile, it is important to note: No, Bernie Sanders did not attack Baltimore like Trump. Comparisons between the two are deeply insulting.

Bernie Sanders was fighting in the South for civil rights to be expanded to black Americans while Donald Trump was figuring out ways not to rent to black people, a pastime he inheritied from his father. Now Trump's son-in-law, Jared Kushner, is an apparent Baltimore slumlord; his apartments have racked up more than 200 code violations in just one year, including reports of a serious infestation — of mice. Go figure.

March 4 is a day QAnon conspiracy theorists think the military will stage something that ultimately leads former President Donald Trump to power. After the Jan. 6 attack that left officials, their staff, police and the Washington, D.C. area afraid for their lives, there's concern that it will happen again on the key QAnon date.

Speaking to CNN's Jake Tapper, Texas Republican Rep. Michael McCaul said that former President Donald Trump has a responsibility to tell his supporters to sit March 4 out. McCaul, who sits on the House Homeland Security Committee would likely have attended a briefing about credible threats after Jan. 6 and ahead of tomorrow's possible events.