Talk show host absolutely destroys Trump-loving caller: 'You're on national radio having your pants pulled down!' 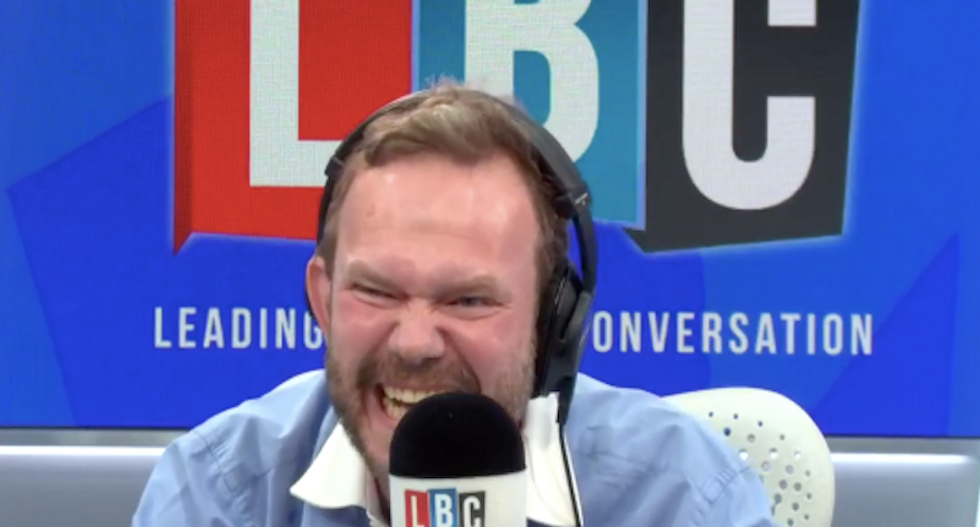 The caller, who identified himself as Stuart, called the representatives "left-wing extremists" who were trying to "change American politics from within," and LBC host James O'Brien pointed out that was what Trump promised he would do as president.

Stuart claimed Trump was restoring American capitalism after it was destroyed by Barack Obama, and O'Brien reminded the caller that a record streak economic expansion had begun well before the current president was in office -- which he flatly rejected.

O'Brien paused before responding, and Stuart fired back that the host was "in sympathy with these women."

"Name them," O'Brien challenged the caller.

O'Brien pressed him to say her full name, but his best guess was "Alexandria Occasional-Cortex."

The host moved in with a stunning blow: "So you know all about their politics, but you don't know their names, and you're on national radio having your pants pulled down."

Stuart continued to insist the lawmakers were socialists, so O'Brien asked him to describe that political philosophy.

The caller was unable to offer a coherent description, and O'Brien finished him off.

"You're a clown," O'Brien said. "You're on national radio, condemning socialism and you've been asked many times."