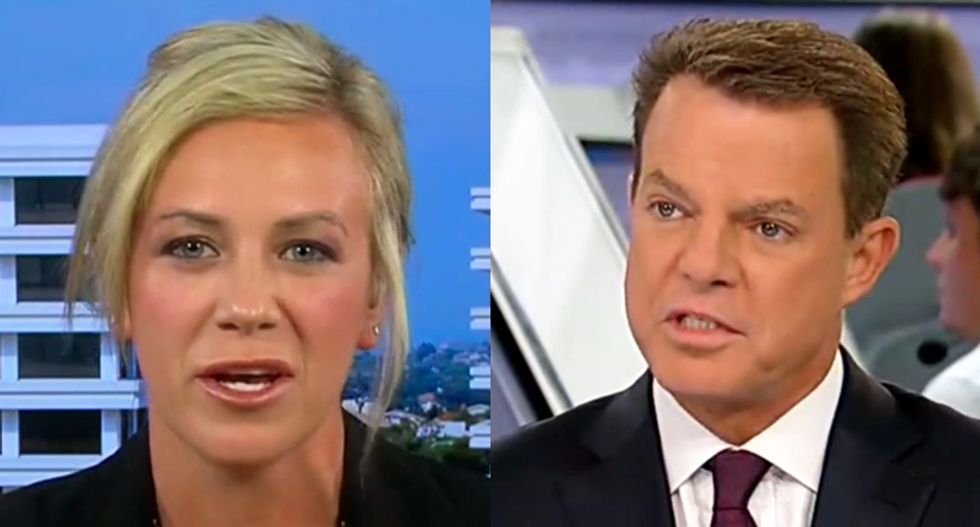 Fox News host Shepard Smith appeared to become annoyed with his guest on Wednesday, after she said the plea deal that Jeffrey Epstein received a decade ago "made sense."

"I think reasonable prosecutors can differ on how to handle these cases,” Katie Cherkasky said. "There are so many factors that go into a decision about whether to take a sex case to trial or cut a deal."

"I believe that Secretary Acosta’s explanation was very reasonable. As a former prosecutor, I understand that there’s not a perfect solution in a lot of these cases. There are a lot of questions people obviously have about this, but in the world of sexual assault prosecution, it makes a lot of sense."

"It makes sense," Smith asked, "that after multiple people came forward, who said they were children at the time, said they were abused by him, [prosecutors] cut a deal without telling those alleged victims, the alleged victims never got their say court, and the man who pleaded guilty to solicitation of prostitution spent half a day in jail every day for 13 months. That’s appropriate?"

"Well, this isn’t a personal opinion. I’m talking generally about how these cases are handled, of course," Cherkasky replied.

"Well that should make all victims around the world want to come forward if this is what happens," Smith interrupted sarcastically.